A Natural Performer, Najma has a Goal to Spread Peace Everywhere 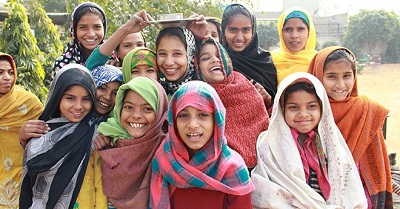 It’s a warm sunny day in Mewat, Haryana when I spot 13-year-old Udaan graduate Najma fidgeting around in a corner of the courtyard of the Udaan school. She’s biting her nails so I ask what’s making her so anxious. She nearly bursts out with frustration and tells me she can wait no longer to receive her eighth grade results! She tells me how she would solve her math problems again and again, learn English meanings from the Udaan teachers, sit down with her books for hours, learn and then make someone else listen to the answers to prepare well for her exams. I calm her down after telling her she’ll get the results soon, and that she has nothing to worry about as she knows she’s done well in all subjects!

Prior to graduating from Udaan Mewat in 2013, Najma used to study at the local mosque. She is currently enrolled in Girls High School in Mewat while she continues to live at Udaan because she didn’t get admission in her school’s hostel. Najma says, “I like living with all the girls here at Udaan, it’s like home unlike regular schools. I am extremely grateful to Join My Village for introducing me to real education, supporting me in continuing my studies further and letting me stay at Udaan to enable that. I want to become a police officer to make sure that riots don’t happen, and so that I can spread peace everywhere.”

Her parents, both labourers, are happy that she is studying ever since she enrolled at Udaan, and notice a massive positive change in her. Najma has two brothers studying in grade nine and 12, and one sister aged 17 who is studying Urdu and Quran at the local mosque. Thoroughly impressed with Udaan, a few months ago her father rang up the Udaan camp coordinator Poonam to request Najma’s elder sister to be taken into Udaan to teach Urdu. 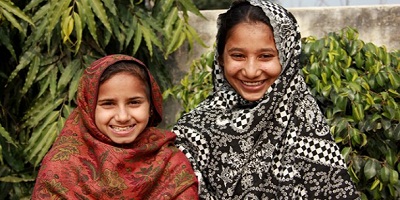 Najma easily comes across as more of a sensible girl who is more mature than her peers. But after numerous interactions with her on several occasions, I can tell she is as mischievous as her cousin Wasima. At the time of her enrolment at Udaan, CARE staff had to convince Najma’s parents to send her but today, especially after Wasima’s widespread story of success, they want her to continue her education at least until she completes an undergraduate degree, and intend to marry her off only after that. This is a big achievement for the Join My Village community because such change of attitude is nearly unheard of in this region.

Najma tells me, “Before coming to Udaan, I was absolutely fine at home as I wasn’t exposed to this world of education and progress, but now I don’t want to stay at home and work, I want to study hard. I wouldn’t have aspired to become a police officer had I not come to Udaan. Such thoughts would not have even remotely come to my mind, and so I cannot even begin to convey my gratitude to Join My Village for bringing this impactful change in my life.”

Udaan camp coordinator Poonam tells me, “When she came to Udaan she used to be very shy and scared, whereas now she walks around the campus feeling completely at home.” Poonam also tells me that Najma learns things by heart very quickly, and that has come to be very useful also in enacting role plays at Udaan where she performs straight away without any hesitation. Earlier this year on the occasion of International Women’s Day, Najma and eleven other Udaan students performed a short role play at the Kingdom of Dreams- India’s first live entertainment, theatre and leisure destination in Gurgaon, Haryana, and received a round of applause for their performance. 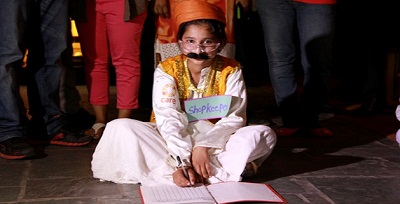