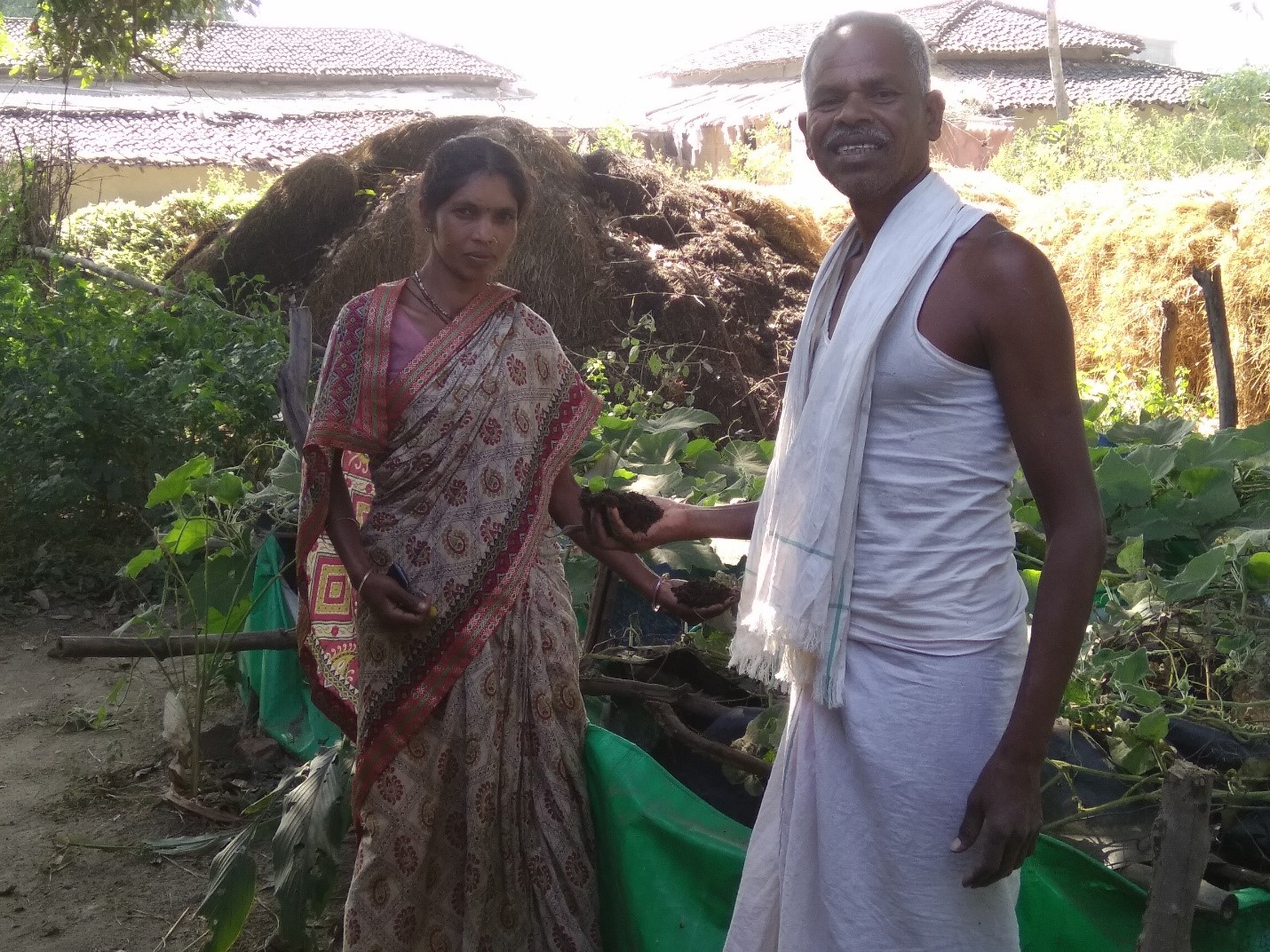 Anila Deewan is a woman farmer from Chandagarh village of Pathalgaon block, Jashpur district, Chhattisgarh. Her family is completely dependent on agriculture for their living. Earlier a major part of her income was invested in the procurement of inputs for agriculture like purchasing seeds, fertilizers and pesticides, etc. She took a loan of approximately INR 20000 for this purpose prior to every harvest season. Majority of her income from the harvest went in returning the loan and she was left with a very minimal amount to run her family expense.

After the intervention of Where the Rain Falls (WtRF) project by CARE India she was invited to participate in a training on Climate-Smart Agriculture (like vermicompost production, use of traditional varieties of paddy, etc.) The training gave her exposure to all the sustainable methods of crop production practices. During her interaction in the training and meetings organised by CARE India, she learnt about vermicomposting, its benefits, the importance of traditional crop and varieties of paddy.

When she first shared her learnings with her husband he was hesitant to adopt these practices since agriculture was their sole source of income but after repeated rounds of interaction, he agreed to test it. They started vermicomposting on their small piece of land. To their surprise, the yield on the land where vermicompost was used increased considerably. The production of crop increased up to 1.5 times. Also, water requirement in that part of the field was comparatively lesser than where chemical fertilizers were being used.  The pest infestation in the field also reduced extensively. One could also easily distinguish the taste of produce from those which were grown with the application of the chemical fertilizers. Now they are only using vermicompost in their field. The shelf-life of potatoes and vegetables have also increased as compared to earlier. Other benefits are the application of vermicompost needs to be done only once in a crop cycle.