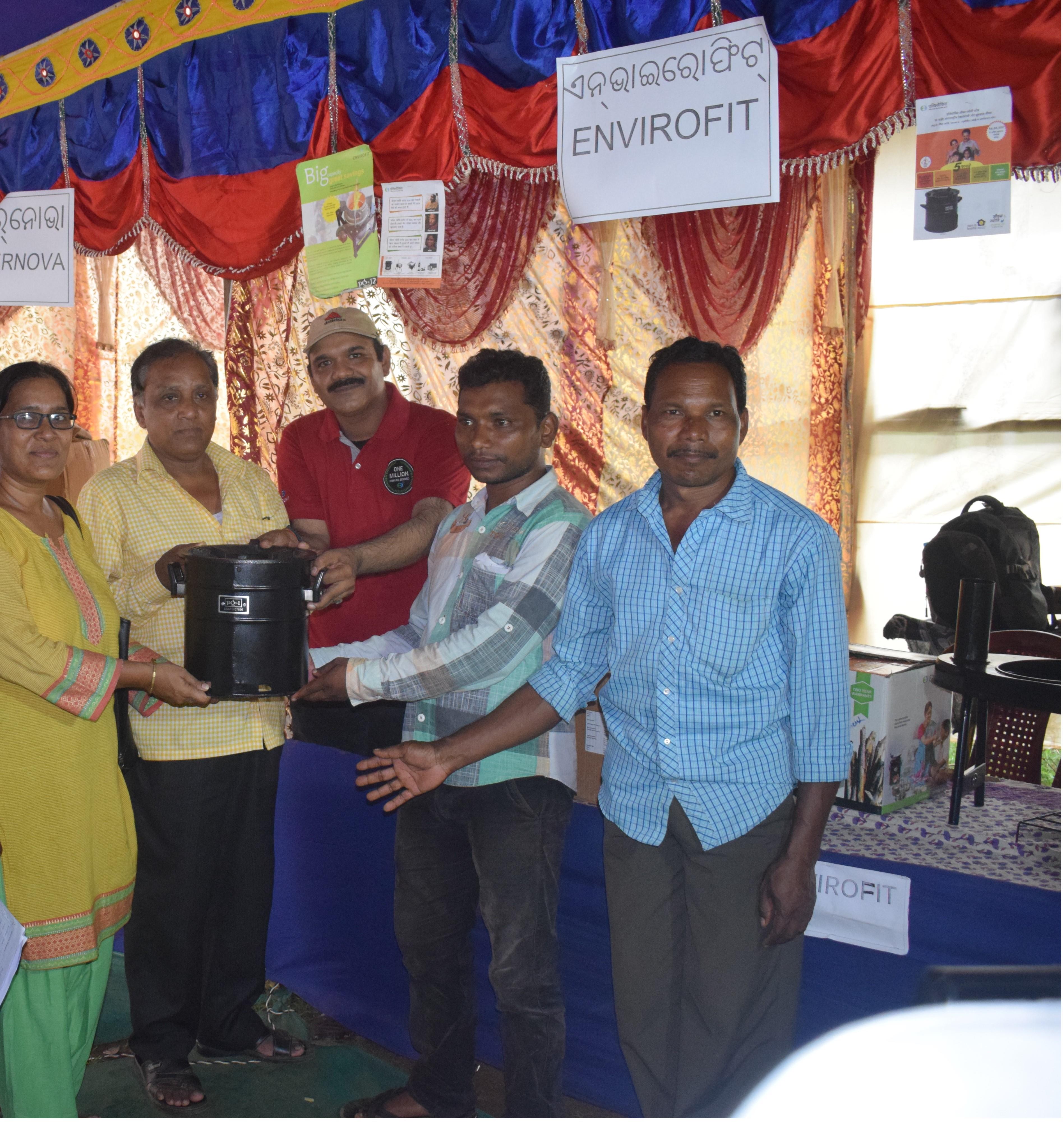 Nearly 70% of India’s population lives in villages. Lack of resources and energy poverty are primary reasons of why people spend their lives in deprivation. Consumption of traditional sources of energy, like firewood, negatively affects the growth and health of girls and women and makes them prone to many health hazards. One such village where this problem is quite evident is the Podapada village, situated in the Phiringia block of the Ratanga Gram Panchayat in Kandhamal. The village houses approximately 107 families and Ramesh Sahu’s family is one of the many, subject to the ill-effects of traditional sources of energy.

Ramesh Sahu is a businessman who runs a small grocery shop, which is the only source of income for a family of five people-Ramesh, his wife, and their three daughters. He believes that collection of firewood is a physically strenuous task and also puts the security of women of his family at risk. To address this issue, Ramesh got actively engaged in the BACHAT Programme launched by CARE India under Switch Asia- II. The main objective of the programme is to ensure that every household in the village gradually adopts the Improved Cook Stove (ICS) as a clean cooking energy solution, especially households’ dependent on the forest as Podapada is one of the few villages that fall under the ‘Forest Dwelling Households’ region.

After CARE’s intervention through the BACHAT initiative, Ramesh learned how traditional stove took longer to prepare meals and adversely affected the health of women. He gained a better understanding of ICS and adopted it as a way forward to a better and healthy life for his family. Ramesh now feels that using ICS can save time, lessen the use of firewood and conserve energy. ICS emits less smoke and reduces blackening of vessels. Along with environmental benefits, the use of the ICS is also healthy for women.  At the Buyers-Seller Meet, Ramesh bought 2 ICS for his household and then gradually started engaging in conversations around healthy cooking and living practices in his village.

Ramesh’s decision to switch to clean energy sources is also seen as a step towards gender transformative change. He has set an example for other members of the community to seriously consider the well-being of the women in their family. Though CARE’s intervention was focused on women empowerment and leadership, it also identified men as one of the many supportive channels to bring in a change in clean energy transitions. BACHAT not only ensures to provide households with appropriate cooking solutions, but it also gives access and agency to women to control the resources around them. Ramesh was reported to be one of the first few people to adopt ICS in Podapada village who later demonstrated the ICS before other villagers.

Ramesh is now a champion who actively spreads the clean energy message.  Ramesh says that change is possible in many ways, and every change has a starting point. He believes in taking one ‘stove’ at a time for a greater impact.