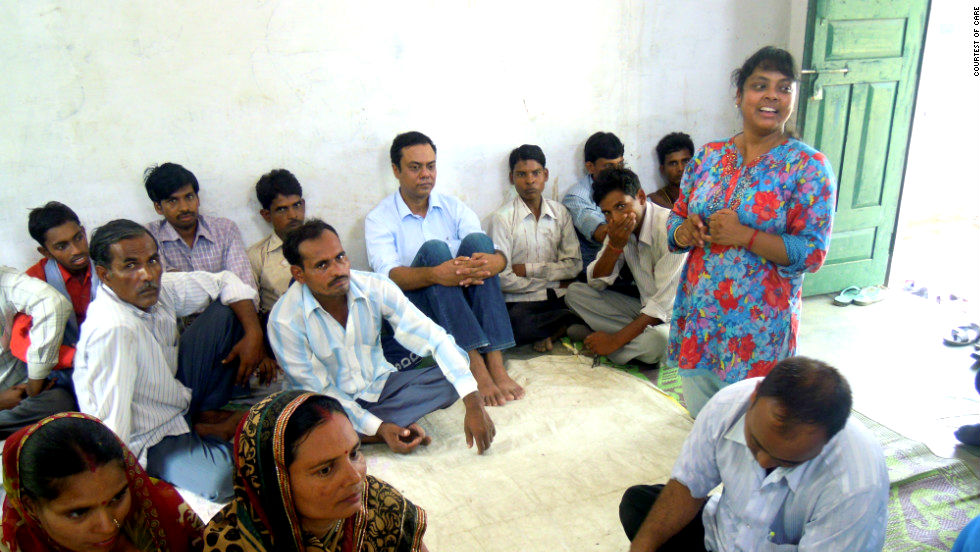 India has sex ratio of 940 females per 100 males (census 2011)1; Literacy rates of 68.4% women, 85.6 % men (NFHS 4); globally, about 800 women die every day of preventable causes related to pregnancy and childbirth; 20 per cent of these women are from India. As per ILO, women formed 60 per cent of the lowest paid wage labor, but only 15 per cent of the highest wage-earners; 11.2% of the total percentage of members in the Lok Sabha are women. Around 35% of women globally have experienced either physical or sexual intimate partner violence or non-partner sexual violence (2013 global review by UN Women). Women constitute 98% of the sterilized population (2015-16).

Inequality in society and the major brunt of this inequality on women and girls, has been present for centuries now. It has manifested in various forms, some geographies more affected than others. But gender inequality is a global phenomenon. There is cohesive agreement among all, that gender inequality and inequity needs to be tackled through multipronged approach. But most of the focus has been on engaging with women and girls- empowering them to find solutions, take control and be more vocal about the issues that affect them. Engaging only with women and girls also indicates that gender inequality and gender based violence (GBV) are “women’s problems” and therefore only they can find solutions to these and overcome the challenges. But this is a larger problem of our society and the brunt of GBV and inequality, is borne mostly by women, girls and marginalized minorities.

Globally there have been many research studies which show that engaging only with women on challenging gender stereotypes, especially in the areas of sexuality, HIV and Family Planning…have led to an increase in Intimate Partner Violence and increased resistance to change oppressive gender stereotypes. “Qualitative research suggests that the intersections of HIV/AIDS, gender inequality and gender-based violence may involve notions of masculinity that are predicated on the control of women, and which value male strength and toughness” (Jewkes & Morrell, 2010) (WHO study)2. Since this is a larger complex interplay of factors, attitudes, perceptions and beliefs, among both women and men…the solution too needs to factor in engaging with both.

Men and boys- not only a part of the problem, but also part of the solution: Gender stereotypes and oppressive gender norms are followed, perpetuated and promoted by women, men and other key stakeholders in the society. This mixed fabric of influencers is important to be targeted, thus the solution also needs to engage with all influencers. Engaging with men gives the issues a fair chance to finding a lasting solution. If repeated pregnancies are a challenge and lead to increased Maternal Mortality Rate (MMR); Increased Infant Mortality rate (IMR), then the solution should not focus on only discussing contraception with women and targeting women for tubectomies (female sterilization). In India, 98% of sterilized population is women. It is reflected by poor contraception coverage and a highly skewed gender statistics for vasectomies and male condom usage. In most cases, women do not even control the basic International Conference on Population and Development(ICPD) defined Sexual and Reproductive Health (SRH) right to choose the timing and number of children they want or don’t want. It is important that men too are a part of this engagement to take equal share of ownership and responsibility for family planning and understand the ill-effect on health and survival rates for women and children.

Challenging gender stereotypes together: there are many prevalent gender stereotypes like- “women are good at taking care of children…and men are good at going to office” … We all hear and follow many gender stereotypes in our own lives. It is important to challenge these stereotypes, as they hamper attainment of full potential among both girls and boys. What if a man wants to be at home and look after the children? What if a woman has good business acumen and wants to run family business or start her own? Gender equality is as much about freedom as it is about breaking stereotypes. Women alone have broken many stereotypes and with men too joining in, the ripple effect will be more impactful and sustainable.

Being bold for change: many a times men want to break the gender stereotypes, but the fear of facing the society, peers and in many cases, own families, acts as an effective deterrent to keep them following the stereotypical roles and expectations of the society. It is easy to behave in a socially acceptable pattern rather than go against it and challenge. The pseudo notions of masculinity and expectations of display of power from men are often more acceptable than a man crying… it requires more to break these gender inequitable norms… Following social norms may let one live in a comfort zone but challenging them requires courage and conviction. it requires one to be bold and stand up to what one believes to be just and right.

Being the male champion: the journey of change does not stop at one man transforming…it begins with one man transforming and inspiring many more to transform. Being a male champion for gender equality and leading by example, to inspire others and thus setting a chain reaction of transforming one’s family, neighborhood and immediate circles. Gender transformation takes time and change starts from all of us…each one matters whether woman or man.

Men engage for reducing Gender Based Violence (GBV): The statistics for Gender Based Violence and violence against women and girls are disturbing. Significant part of our efforts go into addressing and mitigating violence against women and setting up systems and procedures for redressal of the survivors of violence. While the former is important, there is also a need to look at the Ecological Framework for understanding violence against women . GBV is not caused by any single factor, rather it is a combination of several factors that increase the risk of committing violence or becoming a victim of violence. One of the underlying factors is gender socialization and subsequent internalization. Engaging with men for promoting gender equality and healthy gender power dynamics, will lead to addressing myths and misconceptions and ill-perceived notion of masculinity, leading to addressing one of the significant causes of GBV. Many projects globally have shown that men engagement leads to reduction in occurrences of GBV.

Creating a Silent revolution: globally women and girls have been denied many basic rights and human rights. There have been many movements to reclaim these rights and strive towards an equitable society. Despite the ongoing efforts to strive for gender equality…the goal is still too far and friction too high. What if women don’t have to fight for their rights and equality? What if the society (including women and men) makes it their agenda to have gender equality? In one of CARE India projects In West Bengal, we were trying to address “gender inequality in intra-household food distribution”, through reflective meetings in community, with women’s groups as well as men’s groups. This was a setting where women traditionally ate at the end, usually only carbohydrates were left for them and in inadequate quantity.  Because of this engagement, when women went home, they did not have to fight for or argue about their nutrition, but it was both women and men who discussed and decided that they will eat together and equal. In many of our project areas, men and women have taken joint decisions to register property in joint names. This is a “silent revolution” within the lives of women, men, families and communities, creating enabling environment for gender transformative changes.

How to engage with men and boys

In families: gender equality begins from home. Nurturing and rearing both girls and boys as equals and unique individuals, ensure a strong gender equitable lens for both. Equality in nutrition, education, opportunities, household chores, not following gender role stereotypes and involving boys in kitchen as well girls in market chores. Setting similar rules of social engagement for both girls and boys.
In schools:  a lot of programs run in schools to build SRH, life skills, leadership skills, communication skills among girls. looking at the gender inequality that exists in our society, it is important to engage with girls on these issues. but it is equally important to engage with boys on SRH, Life Skills, Leadership Skills.  This will help them to understand more about self and build a healthier perspective towards girls and boys as equals and not superior vs. inferior. Promoting co-ed schooling and having a gender responsive approach and methodology in schools, will also be helpful for both girls and boys to understand and respect gender and diversity.
In neighborhood: men who do non-gender stereotypical work, should be motivated and encouraged. They should be inspiring role models and positive deviants, bold in their own lives… and not made fun of for being positive change agents.
In offices: office crèche should not be synonymous with only mothers bringing their children. Men too should be encouraged to bring their kids to crèche in office and get break time to look after them. Paternity leaves should be increased and compulsory for new fathers to be equally engaged in taking care of new born. HR teams can put in more focus on hiring a gender balanced team and engaging men in gender dialogues and helping them to challenge gender stereotypes in their own lives and within their interaction with colleagues.
Media matters: we all are aware of the influence of media on the formation of gender stereotypes and norms. A lot of the films and TV programs show women in derogatory, submissive, victimized and secondary positions as compared to men. This acts to reinforce already unjust inequitable gender norms prevalent in the society and influences the minds of young impressionable children. Films and programs can also depict women and men negotiating healthy and positive gender power dynamics in their lives. Thus, it is imperative that each film maker, soap opera maker, actor/ actress, advertising company does a “gender audit of the content” of their program. The broadcasting station or channel can do a gender audit as well to decide whether they would like to air a program, based on the gender audit results. Media matters a lot to everybody and the way women and girls are projected needs to be relooked.