From a housewife to a working woman 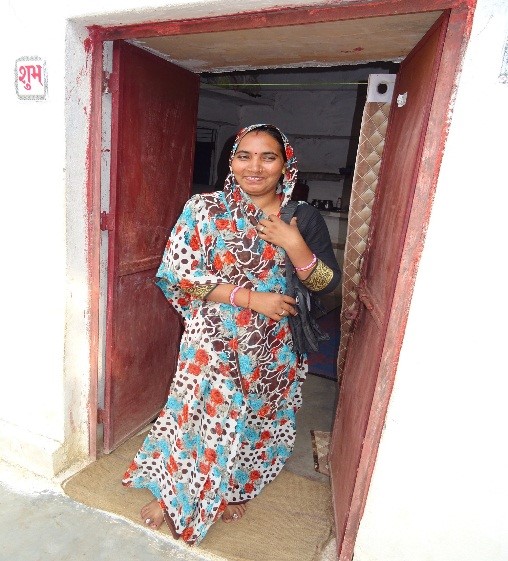 Bound by conventional gender roles of an ideal wife, mother and a daughter-in-law, Preety had been living a mundane life ever since she got married at the age of 14. She lives with her in-laws, two children, and husband Brijesh Yadav, who is differently abled and works as a conductor with a local bus service.

A simple housewife, who has big dreams, Preety had always aspired to do something more with her life, however her family commitments always took priority.

It was only in 2014 that, Preety approached the MPNP team and proactively communicated her eagerness to start working during her interview. In April 2014, she was recruited as a nutritional volunteer for Madhya Pradesh Nutrition Project (MPNP).She successfully completed several rounds of training, which were pivotal in instilling self-confidence and motivation. And apart from her job, Preety also managed to complete her high-class education.

When Preety joined MPNP, there were 45 underweight and 17 acute malnourished children in the village. She took on her role seriously and worked hard to reach out to families, pushing for better nutrition practices. Her efforts have started showing results, with numbers showing drastical improvement over the last two years. Today there are only 18 underweight children and one acute malnourished child left in the village.

Currently, Preeti is also working as a Gramin business correspondent in Madhyanchal Gramin Bank and earning from 500 to 3000 INR per day. From a life where she couldn’t have dreamt of earning a penny, she is today earning well, learning latest technologies and confidently interacting with other officers in her department. With her savings, Preety has also managed to open a grocery shop for her husband.

Preety credits her success to the work she has done and the training she received during her association with MPNP. She has become an inspiration for others, and taking cue, several other volunteers like Preety have joined MPNP to enhance their knowledge, confidence, and courage.