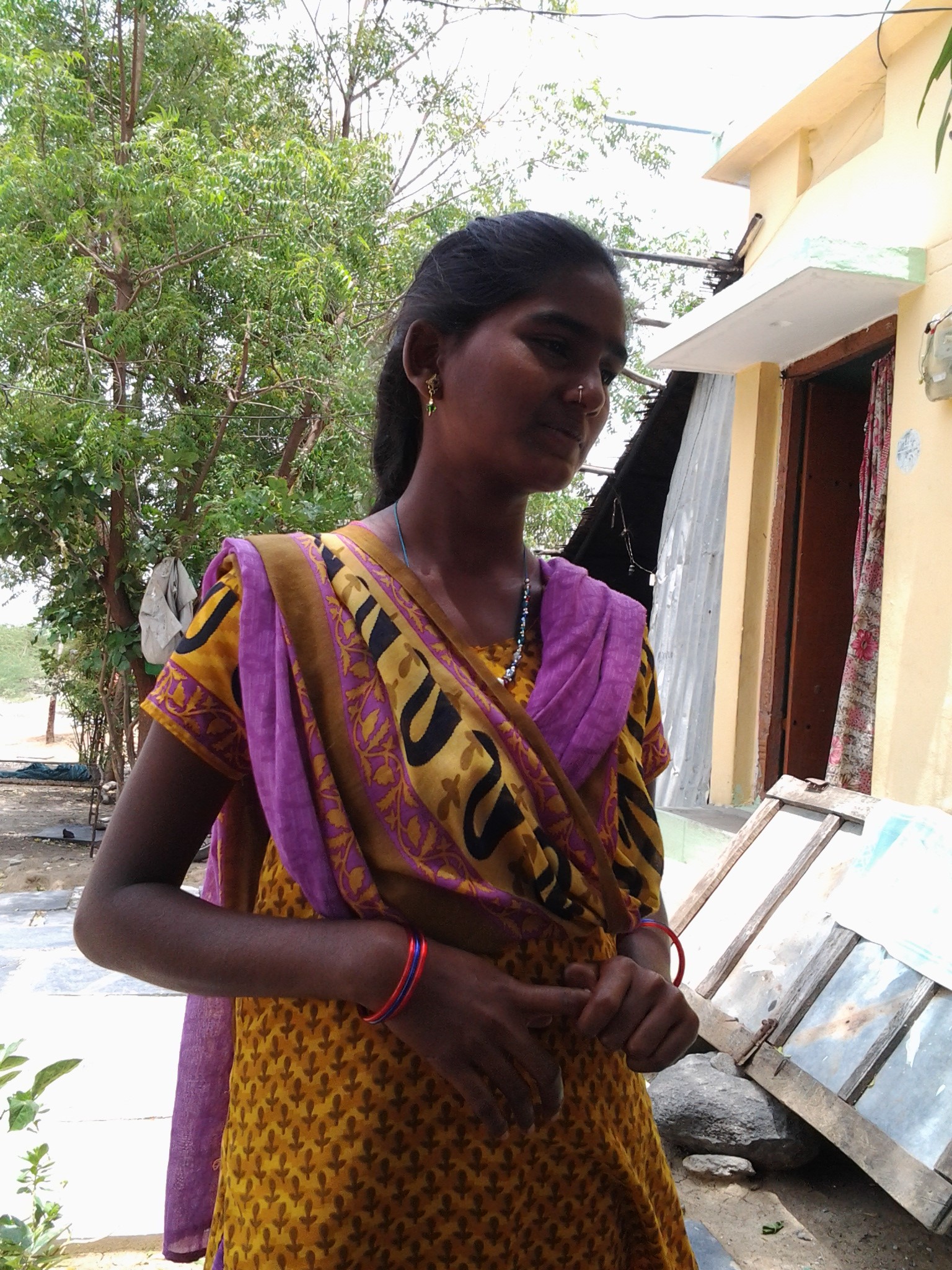 In the last decade, India has faced many disasters including Tsunami, earthquake, floods cyclones, etc. Whenever emergency strikes, the most affected of all groups is women and adolescent girls whose vulnerability is exacerbated by the chaos of a crisis. When separated from their respective families and communities, women are at a greater risk of exploitation and abuse. Many times these women and girls lose all their development opportunities after such a crisis in the name of safety, security and family pressure.

In the year 2009, heavy floods hit many villages across Andhra Pradesh and Telangana. As a part of disaster relief and rehabilitation programme, CARE India built 100 shelters, in Sunkesla village, Kurnool district.  Six years later, in the year 2015, the CARE India team went to study the impact of these shelter homes. The team met and talked to many women and girls who had shifted to the shelter home after losing their house in the floods. While the shelter home had helped many it had also brought new challenges for the community.

Manisha is one such girl from the scheduled caste community in Sunkesla who started living in the shelter built by CARE India after the floods. Ater shifting to the shelter she had to discontinue her studies. In Sunkesla, due to distance, most children especially girls never go for higher studies.  Most parents could not afford to send their children to Karnool for higher studies as it is more than 30 kilometres from the village. Manisha, who was once very enthusiastic about school and studies has now lost all interest to continue her studies. While talking to CARE India team, she said, “If I want to continue my education that means either I will have to travel to Karnool every day or I will have to stay in a hostel. It is very difficult for my parents to organise such money to support my travel and hostel expenses. I totally understand their difficulties. Also travelling alone to Karnool is out of the question as they will never allow that due to safety and security issues”. She also talked about how many girls haven’t pursued higher studies due to safety and security concerns and lack of opportunities in the village. She shared with the CARE India team that although the shelter had made lives better for the community in many ways its distance from basic amenities had made things very difficult for women and girls and restrained their lives in many ways.  She highlighted that floods not only brought physical damage in their lives but many other difficulties which did not exist earlier. Manisha said that although the house that she used to live in earlier was not as good as today, she was more independent and happier there.

Although Manisha was disheartened that she could not pursue higher studies, she had not lost hope for a better future. She is optimistic and hopes that she will soon get a chance to attend livelihood based training organised for girls in her village. She assures that she will try to make the best of every opportunity that comes her way so that she can lead a better life ahead.