Impact of Factors Affecting the Performance of Public Health Workers 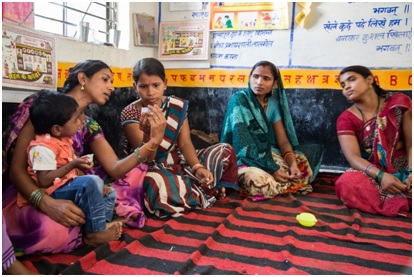 In early May 2015,CARE India organized a workshop for its staff members and representatives from partner organizations with the objective to explore the factors that affect the performance of Frontline Health Workers (FLWs).

Research suggests that governance and the political system are two critical factors in building and sustaining a vibrant health system, particularly in India. Withthe incentive-based systemsin place, it has been observed that during home visits, FLWs tend to be more attentive towards pregnant women rather than tending to lactating mothers and new-borns. This clearly demonstrates that personal incentives and motivation are critical to FLWs’ performance. Therefore, revisiting this incentive model may help boost attention towards all health concerns.

In remote areas, women often face challenges of inequality thus feeling heavily oppressed;therefore the first step should be to focus on bringing confidence and improving the self-image of the women health workers, who need to build on their own empowerment before they can help others in their villages/areas of work. 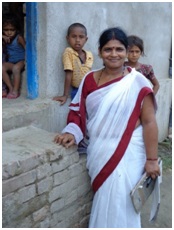 Another important aspect discussed during the workshopwas to involve the local government representatives (Panchayat) in the process of improving the health status of the area’s population. Upon receiving support from the Panchayat and gaining trust of the members of communities,work for FLWs becomes much easier, which in turn fastens the process of improving key health outcomes,vis-a-vis in a situation when Panchayat members are not involved.

Thereforethere is an urgent need to embed sensitization towards health issues within communities, so that they actively get involved in the uptake of quality health services. While doing so, there is also a need to reflect on whether the communities have the time, drive and capabilities to monitor health systems in their communities.

While discussing the challenges faced during building political commitment towards health, Dr. Devaki Nambiar, Research Scientist, Public Health Foundation of India (PHFI)concluded from her structured review of the literature on scale up of community action for health, that universal solutions or fixed models of scale-up do not exist. A change in health systems at the local level requires strong political will,financial resources, programmatic dexterity and flexibility, that all the while seeks to build the capacities and capabilities of FLWs and the system symbiotically.

During the workshop, after reflecting on some concerns it was shared that addressing the problems of the FLWs may require minimum political involvement by exploring mechanisms, redefining the process of political contestation, and by launching mass media or other channels of communication to create awareness about health issues within communities.After lot of discussions and sharing of experiences, it was also concluded that a lot of work has been done in improving the capacity of health workers and increasing citizens’ awareness of service provider accountability. However, the level of engagement between citizens and political leaders, and between political leaders and health workers is often very poor, resulting in the weakening of citizen groups and committees, lack of institutionalised systems of incentives and rewards for health workers, and failures in achieving improvements in population health outcomes.
Therefore to improve the quality and impact of health systems, these issues need to be further explored through both operations and research.

The social and political environments in which the health workers exist determine the workers’ attitude in complex and multiple ways, and thus this needs to be re-looked into. Community and political engagement which arecomplex phenomena need to be more closely and richly understood in order to improve programmes and arrive at better results.