This series explores the progression from ignorance to information and becoming Key Informants (KI) for two community leaders, who made helping Kala Azar patients their life missions. Key informants play a crucial role in tracing suspect cases in the chain of elimination efforts in the community. This is often true in the case of state like Bihar where disease reporting from both private and public sector OPDs are not very developed. Strategy heavily relies on tracking suspect cases in the community through front line workers of the government, rural health practitioners, and patients who are either already treated or undergoing treatment. Patients who are cured or under treatment often lives in the same area, have nearness to the community, and have good sense of signs and symptoms of the disease and having navigated the treatment are best place to catalyse the elimination efforts in the community. 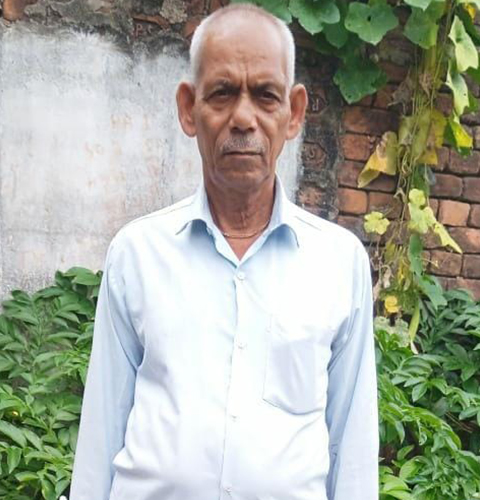 Upendra Sharma had close encounter with the disease and underwent treatment with support from ASHA and Kala azar Block coordinator (CARE India). He had a chance encounter with the disease from nearby tola in Kosra village in the Sheikhpura Sadar Block in Seikhpura district. He used to visit this tola which was inhabited by mostly Mushhar community. They were main sources of labour for Mr. Sharma’s farm. Most of the men from that tola used to migrate for good six months to outside of the state and only available during sowing and harvesting season.

He started getting irregular fever, which used to come with strong chill and with drugs, fever used to subside. After few weeks, the fever started to stay and other symptoms such as rashes on the skin, bloated and hardened stomach started surfacing. He went from one doctor to another and there had been mis diagnosis of malaria & typhoid to name a few. He had chance meeting with ASHA didi and she had suggested him to get checked for this new disease which was diagnosed in other tola particularly in Mushahar tola. With much convincing from ASHA didi, he went to the health centre and got tested. Once it was confirmed, he underwent the treatment and now completely cured.

This changed his perspective of life and purpose. He became KI and now has only one mission in life as he puts it “Death is inevitable and everyone will face, but people must not be dying from the disease which has cure available.” He actively looks for cases in the village and escort suspect to the hospitals. So far Upendra has referred five suspects and 1 case been found positive. 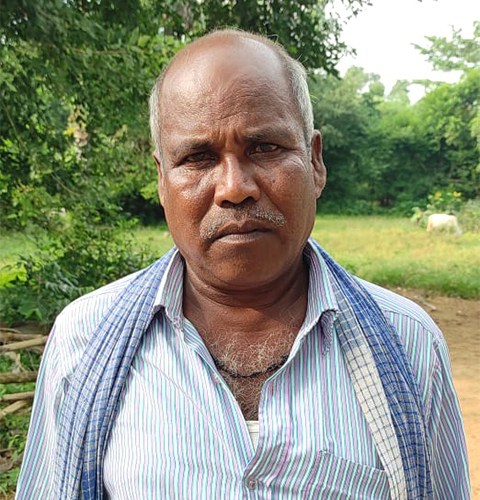 Kamleshwar Singh is one such committed KIs who is inspiration for everyone. He lives in Murbhanga village, which is highly endemic and reported outbreaks in 2020. He has seen deaths and suffering from close quarters. He himself suffered from the disease in 2008 and his son suffered in 2010. He decided to become KI. He is highly motivated, and his energy is infectious.

During village meetings, he is always ready to support with suspect identification, referral, treatment, IRS, and other activities. He wants to eliminate the disease from his village.

There are 8 tola in Murbhanga but Ghatwal tola had highest cases. Out of 45 houses, 17 cases were reported in 2020. He actively supports the elimination efforts in his village. He supports IRS activities, helping people understand, why it is necessary to get IRS done, why all corner of the houses need to be covered. He is the one who talks in the community on signs and symptoms of the disease, support suspects in accessing government facilities and treatment. Since 2020, he has referred 13 cases directly. Two cases were confirmed. He is also supporting VLTD study and Sandfly collection.

Both Upendra and Kamleshwar represent innovation that CARE India has brought to the programme making cured patients as KIs based on the principles of snowballing which allows for reaching large number of suspects. They also represent the human spirit of doing good and inherent goodness of people willing to help others. These KIs are helping with large case findings and better treatment supervision and compliance.

About the Programme: Leishmaniasis or Kala azar is an age-old problem in India. Though recognized in modern medicine since the 1870s, it continued to affect the people especially in the eastern part of India. The efforts to control malaria since after independence almost wiped this disease out of India but it made a comeback. By 1991 it had assumed a specter large enough to merit its own control program, upgraded to an elimination program by 2005. CARE has been associated with the efforts to eliminate Kala azar from Bihar and Jharkhand since 2012, providing technical support to the Government program in the areas of vector control (IRS), active case detection, case recording and reporting (KA MIS) and operational research.

Active case detection through people in the community (often referred to as Key Informers) is an innovation that CARE initiated and put to good use.