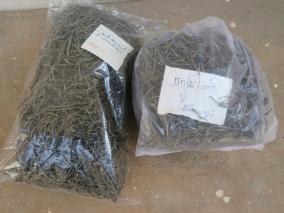 Tea is a rare commodity in which the leaf itself becomes an edible part. Tea bushes are perennial in nature with their economic life spanning to as high as hundred years, with the first yield coming in about four years after planting. Unlike the common notion that more the weight of the leaf the higher is the price, it is actually the tenderer the leaves harvested, the better are the chances of higher price realization.

For small farmers, cultivation of tea is a life time investment, offering economic security for generations to come. Tea industry is dominated by large plantations owned by big planters and corporates (over 90% of the tea being in the hands of a few companies and small number of big planters), with a very little area being owned by the numerically large but small farmers. A vast majority of such small farmers own or rather cultivate in lands which is fewer than 2 acres. In the Nilgiris area of Tamil Nadu, it is seen that many of these small tea farmers mostly belong to the tribal community, and many of them are from the primitive tribes of Panias, Kurumbas, Thodas and Kattunayakas.

Anecdotal evidence suggests that there are over 79,000 small tea growers in Nilgiris, a vast majority of them being tribes, who are eking out their income by working as labourers in nearby tea estates. Generally, the tea grown in Nilgris is considered to be of inferior quality, especially when compared to Darjeeling and Assam. This is mainly due to the primitive cultural practices which are being followed, while cultivating tea in the Nilgiris.

In an effort to enhance the tea cultivation practices in the Nilgiris and thus, to provide a viable livelihood option to the Tribals, CARE India started its project ‘LIFE’ in the area. The goal of the initiative was productivity enhancement and income diversification in small tea tribal farms through innovative ways of tea cultivation.

It was a challenging task to convince the farmers to engage in ‘silver tip’ cultivation. Silver Tip cultivation refers to the plucking of only the buds for sun drying, and then marketing them as edible tea leaves. Even among big plantations, this type of cultivation is not in big demand. This is due to the technical expertise required to deal with tender shoots. Also, the mind shift involved creates a difficulty.

What should be noted, however, is that tea leaves, cultivated in this way fetches almost ten times the price as the tea leaves plucked in conventional method. The plantation also is healthy and sanitary, with all cultural and agronomic practices being duly undertaken which keeps the bushes in good stead, while keeping pests and diseases at bay. Apart from this the farmer can sell the remaining two leaves, after plucking the buds, for the same price which s/he would have realized either ways. 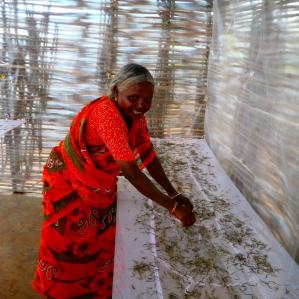 For women like Ragini, owner of one acre tea farm in Kabaiyur village, who lost her husband many years ago, and has three children to take care of, the silver tip cultivation method advocated by CARE came as a blessing. Today, she uses the CARE India supported common drying facility with a poly house, a weighing scale and facilities for drying green buds, which has been set up in her  village.

CARE India has generated awareness and advocated this cultivation practice in over one fifth of the tribal growers in Kotagiri block in Nilgris. Silver tea cultivation is being promoted, and we are especially working with women tea farmers to bring about economic development for them.