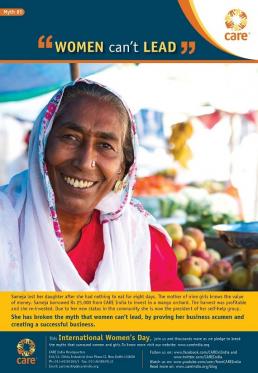 CARE India launched a 5 days campaign from March 3 – 7 to create awareness on gender equality. This campaign engaged corporate employees from different companies to share stories about, women that they know who broke the myth and demonstrated exemplary courage, inspiring change around them. We will showcase some of these stories in this space. This is the first one of the series. Story 2: Enterprising women lead the way. Today I would like to share the story of my maid, Malati, who worked at my place for 10 years. Malati was born in a small village in West Bengal. She had 7 siblings, a father whowas a poor farmer and a mother. None of the children ever went to school. Malati was married off when she was barely 13 years of age and had 2 children before she was 20! Shortly after her 2nd child was born, her husband got married to another woman and brought her to live in the same house. Malati and her children were ill-treated by his new wife and eventually had to leave their home. Malati’s father was no longer alive and her mother was old and none of her siblings supported her. Malati had a distant relative working in Bangalore. Realising there was no source of income for her in her village, she decided to move to Bangalore. That was a very sad phase of her life as she had to leave her children behind with a distant relative to fend for themselves. She struggled for many months doing various odd jobs to earn a living. She informed me that she was raped a couple of times by her house owner whenever he came to collect rent and she did not have the money to pay. Sadly she never reported these incidents to the police as she was on her own. She finally came over to our place looking for work, through the security guard of our building. We had just moved to Bangalore then, and were looking for a live-in maid to look after our house/kids. Malati started saving the money she would earn from us. As our kids grew older (and we didn’t need her to live-in with us), she started working in other homes. She was also very enterprising… In those days, our building was getting into garbage segregation and, Malati was the champion among the maids. She would be paid some money for educating other maids on how garbage segregation needed to be done and would often go for “meetings” on this topic. She was very hard working and within a couple of years, she managed to save enough money to get her children to Bangalore and ensure that they both went to school and completed their graduation. She managed to get her daughter married into a middle class family while her son work as a store manager at a Reliance outlet. She lives with him, while continuing to work in people’s homes. She has helped many women from her village get jobs in homes and all those women, who come from her village, live with her in her house, until they are able to find their own place to live. Malati is today content and confident. Despite a tough life, she is satisfied that her children do not have to go through the sufferings that she went through. HATS OFF TO HER AND HER RESILIENCE, SHE IS TRULY AN INSPIRATION! By Monica Gangwani, Ipsos Team Ipsos in India participated in International Women’s Day Campaign- “Breaking Myths & Inspiring Change. Ipsos is an innovative, entrepreneurial, client-focused organization, providing market research services to clients on a global basis. 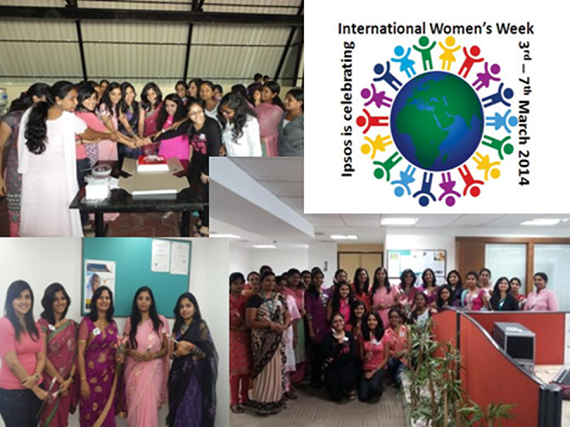