There is no smallholder agriculture without women 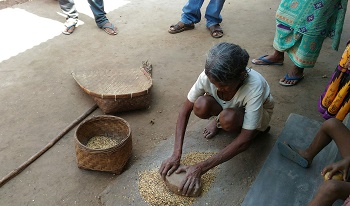 As per the Food and Agriculture Organisation (FAO), rural women in developing countries play an active role in small-scale agriculture, currently accounting for 43 percent of the global agricultural labour force. Women produce more than half of all food worldwide. This despite having lesser access to agriculture related assets, inputs and services than men. In 2011, Food and Agriculture Organization (FAO) estimated that if women can get the same access to productive resources as men, they can boost yields by 20-30 per cent, helping in decreasing the number of hungry people in the world by 12-17 per cent, thus lifting 100-150 million people out of hunger, besides increasing their own income.

Within agriculture, men and women perform specific roles, which have been traditionally assigned. However, due to increasing male migration in search of better livelihoods, feminization of agricultural labour has increased and women have started to shoulder increasing responsibilities. Still Women farmers work remains mostly invisible, unpaid, uncelebrated. They work for longer hours, consisting of more laborious and repetitive domestic tasks that deprive them of their spare time. Research by FAO in 1991 had estimated that in the Indian Himalayas, on a farm of one hectare, a pair of bullocks works 1064 hours, a man 1212 hours, but a woman works a mind boggling 3485 hours in a year – a figure that illustrates women’s significant and unrecognised contribution to agricultural production. It is still a moot question, if things have changed since then.

Also there are hardly any support systems in agriculture that target such smallholder women farmers. Take the example of small holder focused mechanisation. Smallholder typically need low cost equipment, rather than the larger equipment that are promoted by established institutional players. However, there are hardly any coordinated and synchronised support systems from research to design development, prototyping, wholesale, retail and after sales support and services that ensure availability of low cost women friendly equipment. Such equipment has the potential to reduce drudgery faced by women smallholders. If resources such as these are given to women smallholders, yields in their small farms can increase by 20-30 percent.

When such questions are raised in appropriate forums, the answers that one gets, is that small mechanisation does not generate enough profit to encourage and retain industry interest. The only manner in which smallholders mechanisation needs would be fulfilled is by having micro value chains that include (a) local research and development institutions that can develop or design need specific small equipment, with smaller loops for feedback, (b) local fabricators that can customise and repair such equipment and (c) community institutions that can bargain for better deals and ensure that purchased equipment are repaired.

CARE in Odisha is trying to find solutions for fulfilling the agricultural technological gap of tribal women smallholders and addressing their nutritional barriers and concerns through its project ‘TARINA’, in the remote districts of Kalahandi and Kandhamal.

TARINA project is helping to create and document field evidence, capacitate stakeholders and redirect agricultural policy away from staple grains towards a much broader food system. This project aims to improve access and availability for poor and marginal smallholders to year round affordable, diverse and quality foods in order to achieve positive nutrition outcomes.