Towards Ending Gender-Based Violence at the Workplace 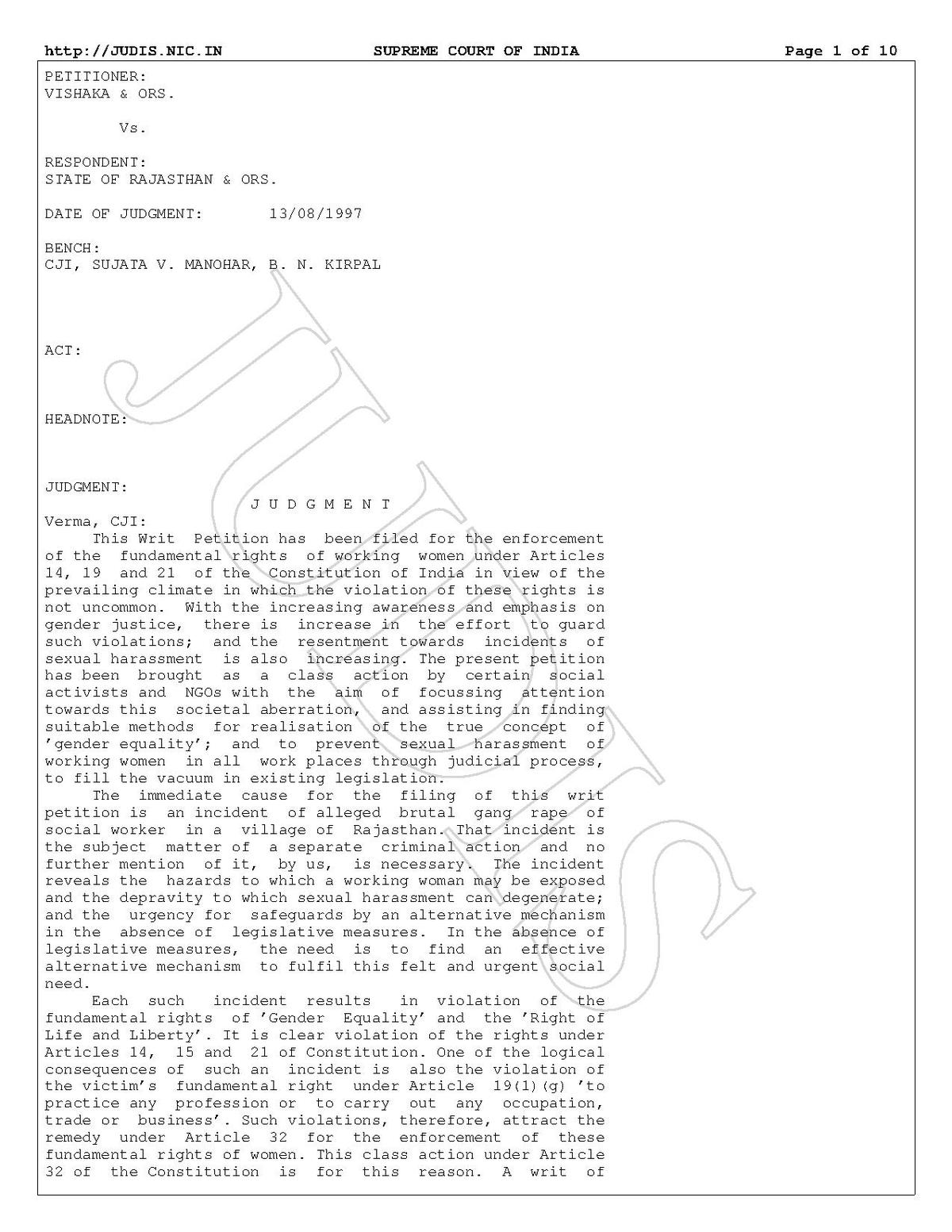 In recent past India has witnessed increased participation of women in all walks of life. They are now taking complete charge of their lives and getting involved in all decision-making processes and procedures related to them directly or indirectly. With women gaining visibility in the social and the political sector, various issues related to their safety and accessibility, which were earlier ignored have now come into light. People are now engaging in conversations around patriarchy and its effect on men and women of today. The topics which were important yet neglected are now being discussed at various level across the country.

Women are now constantly coming forward in demand for recognition of violence against women and gender-based violence. They are sharing their concerns around the issue and demanding the Government to ensure strict laws against the same. Women’s movement in the country has also been responsible for bringing the demand of a ‘due process’ forward- which has started to take some shape. With women now coming out, accessing spaces, walking along with men and more importantly, working with them, the dent in the glass ceiling has been created. Although, there is still a long road ahead.

So far, Gender-based violence has primarily been understood only as a private affair and is associated with a lot of stereotypes, when it comes to women and girls. When one looks at such violence with a different lens, they realize that this is also a development and a humanitarian crisis and even with laws and regulations put into place, the problem has only been at a rise. Violence has a political, social and an economic aspect to it, which is often ignored. Issues of violence against women were not given much importance and were addressed through counseling and women shelter homes. 80’s witnessed some revolutionary movements when women came out on the streets and demanded rights and space in the society. Campaigns against bride torture, dowry, and domestic violence came to light. In the year 1992, a rape case started the fight to seek protection for women in the workspace. The Bhanwari Devi Rape case brought into focus the need for the need of laws at the workspace and the immediate need of protection that women needed at the workspace.

After a long-fought legal battle, the judicial system of India came with the Vishaka Guideline in 1997. It was a huge victory for the Indian feminist movement, as for the first time there was legal recognition towards sexual harassment at workplace. Vishaka Guidelines gave a proper and comprehensive definition of sexual harassment. This Guideline also enlists what behavior will be constituted as a misconduct and as inappropriate. The nature of the Guideline says that it might be applicable to all kinds of employability, but the scope of it is very limited to organised and formal workspaces. With a limited scope that was provided for workers in the informal sector, the law was functioning for a longer duration and has helped a lot of women attain justice. The law was enacted after a long battle between the State of Rajasthan and Vishaka, on the rape of a Dalit woman worker at her farm (her place of work). These guidelines also acted as a tool and put the process of judicial and legal mechanism related to sexual harassment at a place. The debate over sexual harassment at the workplace was further opened at a larger level when the guidelines were put into effective use. These guidelines have taken various shapes and names since the time of its inception. They have seen their own high and low points- but as Zia Mody says, “Judicial activism reached its pinnacle in Vishaka vs The State of Rajasthan”.

Vishakha has been responsible for filing and reporting of various cases, but at the same time there have also been times when these guidelines have failed, and the civil society organisations have taken over and made it a point that justice is delivered to everyone. Civil society organisations have taken over the machinery when the judicial system failed to see everyone as equal. The enactment and enforcement of the guidelines have been seen as a departure moment in the history of Indian judiciary and the women got a voice of their own- a defense and a law of their own.