Women Collectives: Fighting poverty, one step at a time 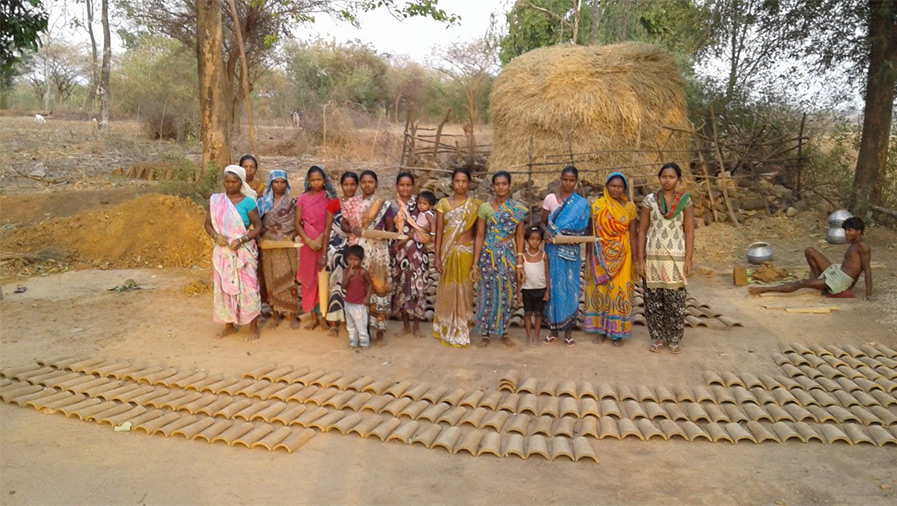 Tribal women in Chhattisgarh’s Jashpur district live under a constant threat of poverty, as their families own very small pieces of land and, cultivation of crops further depends on seasonal rains. During the non-farming season, men migrate to nearby villages to look for work, leaving the women behind to manage household requirements.

With an aim to strengthen these women financially and diversify their livelihoods, CARE India’s ‘Where the Rain Falls Project’ is helping communities engage in subsistence farming, to be better prepared for risks. Under this program, CARE India is mobilizing women from the most remote parts of the district to form Self-Help-Groups (SHGs) and training them to successfully adopt alternate livelihood practices.

An inspiring success story comes from Jashpur’s Pathalgaon block, where women from Turuwama village came forward to form the ‘Kiran SHG’. With the support from animator Tirlochan Yadav, CARE India helped 12 women from the village to start the group. Initially, groups member couldn’t save more than Rs. 20 per month, which is considerably lower than the national savings average of an SHG. Even though the members wanted to save more, poor economic conditions and resistance from family members were a hindrance. Most members of the group belonged to the indigenous Hill Korbas tribe, affected by constant scarcity of water. Inadequate rains during last two years had severely affected their paddy produce, which is the only cultivable crop in the region. As a result, several men from the community had to migrate to nearby industrial towns such as Korba, Ambikapur and Raigarh to work as daily-wage laborers in coal mines. Several families dealing with acute financial crisis had also been forced to pledge their lands and other household assets to local money lenders.

However, within six months, the tides began to turn in their favor. Families of most of the group members, came around as they witnessed significant progress and recognized the potential of this initiative. An internal lending system with the help of a revolving loan grant of Rs 25,000 by CARE India, set things in motion. Over the next few months, the members were able to procure small loans at cheap interest rate through the SHG. More and more women from the community came forward to join the group and started collectively sharing responsibilities during the farming season. They began supporting each other in planting seeds, weeding and harvesting, leading to decreased labor costs that benefited all the members, and their families.

With the initial revolving fund from CARE India’s grant, the group saw an opportunity to collectively market tamarind, owning to its abundance in the region. Previously, the villagers would sell tamarind to traders from local markets, who offered a lower price in comparison to the market standard. Taking stock of the situation, the group utilized the grant to procure all the tamarind produce from the village and gathered a total of 7.2 quintal tamarind. With advice from CARE India team, the members deshelled it and sold the fruit directly at the markets, resulting in an overall profit of Rs. 11,500 excluding their wages.

The success of this business venture led to increased confidence amongst the members, who then decided to set up a tile production as their next step. The decision was well-thought since there was a huge demand locally for tiles in roof constructions. Now, with support from three male members from the community, the group is successfully running the tile production business, making a monthly profit of Rs 6,500.
The SHG members have come a long way from not being able to monthly save more than Rs 20 one year back, to a collective saving of Rs 50,000. Families don’t have to sell their crops or borrow from money lenders in time of need anymore. SHG members proudly proclaim that “this group helped us regain our confidence, build our self-esteem, and infused hope that no adverse situation can ever hold us back anymore. We will continue to move forward, one step at a time”.