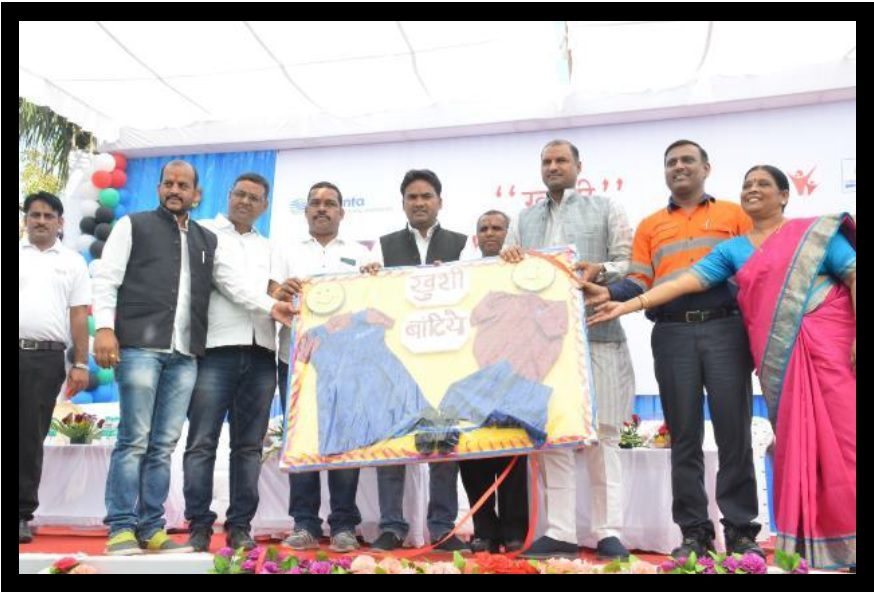 Khushi project, Chittorgarh was launched in the district with the aim to improve ICDS functions of Anganwadi centers and support the workers to blossom their children’s pre-school education and health status who are coming to their centers in the age group of 3 to 6 years. It was a joint initiative of Hindustan Zinc Ltd (HZL) and CARE India with Women and Child Development, Rajasthan. The project is concentrated in district’s three blocks- Chittorgarh rural, Bhadesar and Gangrar. Under the same umbrella of providing holistic support, physical infrastructure and services place a very important and necessary component. To deliver the same, HZL along with its partners – CARE India and Shrushti Seva Samiti, organized a dress distribution program where all selected 574 Anganwadi centers consisting of approximately 10,500 children, received uniforms. February 24, 2018, was selected for launching the dress distribution program as a symbol. Honorable Mr. C.P. Joshi- MP, Chittorgarh was the chief guest of the program and Honorable Mr. C.B. Singh Aakhya- MLA, Chittorgarh also graced the program with his presence.

If children of the country will be happy, they will make a happy future. These were the thoughts of honorable Member of Parliament- Mr. CP Joshi. He said that HZL and CARE India’s joint initiative- Khushi project has given a new energy to the Anganwadi centers of Chittorgarh district. Now, they can see an increased number of children coming to Anganwadi and an enhanced interest of the community in developing a center for their children. He appreciated the structure of Nand Ghar which is an initiative of HZL that improves the infrastructure of Anganwadi centers and provides children a favorable atmosphere to learn in these early years of life. Mr. Joshi suggested to showcase the work at country level in presence of honorable WCD minister Maneka Gandhi and assured full support for planning this event. 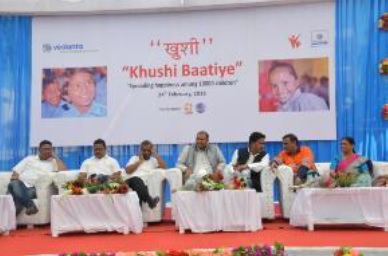 MLA- Shri CB Singh Akhya also praised the efforts of all Khushi team and wished the team good luck for their future efforts. DD-ICDS madam also thanked HZL and Khushi team for their contribution towards the improvement in structure and functions of Anganwadi centers. Along with them, location head- HZL, Project Manager- CARE India, CSR Head- HZL also talked about the achievements of the project and future plans. Street Play  was presented by Natyansh- a Udaipur based team that depicted the importance of Anganwadi centers and learning for children. Children of Anganwadi centers- Ghatiyawali and Gardana performed dances on songs and some also recited poems in front of huge audience. In the end, Mr. Vishal Agarwal- CSR Head, Chittorgarh delivered a vote of thanks with prize distribution to two highest performing Cluster Coordinators under Khushi project in the category of community engagement and Training.