Hunger has gripped our nation for years.

Despite India’s impressive economic growth over the past decade, we remain a nutritional weakling. According to the National Family Health Survey 4 (NFHS 4), 38.4 percent of children in India are stunted and 21 percent wasted. India remains one of the highest-ranking countries in the world in terms of the number of children suffering from malnutrition.

This grim situation continues to haunt the nation despite strong constitutional support, legislative policies, and plan and programme commitments, like the Integrated Child Development Services (ICDS) and Mid-Day Meal Scheme.

Virtually every survey has re-confirmed the urgent need to address the issue of poor nutrition—from the National Family Health Survey 4 (NFHS 4) to Global Nutrition Report 2016 and Global Hunger Index 2017, in which India ranked 100th out of 118 countries.

India has unacceptably high levels child undernutrition with 38.4 percent of children stunted and 21 percent of children wasted (NFHS 4), despite strong constitutional, legislative policy, plan and programme commitments evident by the creation of Integrated Child Development Services (ICDS) in 1975 and national coverage of the mid-day meal scheme in 1995. In fact, a child under five is almost twice as likely to be chronically underweight in India as in sub-Saharan Africa.

To catalyse progress, the Government of India (GoI) launched the National Nutrition Mission, also known as the POSHAN Abhiyan, in December 2017. The Mission is tasked with reducing undernutrition in all its forms, including preventing and reducing stunting and underweight among children, reducing low birth weight, and reducing the prevalence of anaemia among young children, adolescent girls and women. 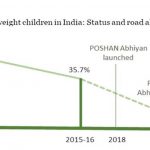 Cynically, in light of previous commitments and trends, such a target may seem over ambitious. Optimistically, however, this is the time for exploring new models to address the structural and systemic issues on a priority basis. The most efficient way to achieve these targets is to use available, sustainable and effective approaches.

Community-Based Change is Need of the Hour

Improvements in nutrition will not be possible without broad, widespread changes in the everyday behaviour of people.

Community-based focused behaviour change interventions are required to halt and accelerate the reduction of prevalence of underweight in children below five years. In an effort to trigger a Jan Andolan, the POSHAN Abhiyan should adopt an unorthodox, bottoms-up approach for behaviour change, which can be supplemental. A bottoms-up approach that involves the transference of positive behaviours has been tested in over 40 countries to inform nutrition programmes.

Understanding exactly what these 20 percent are doing differently provides the critical indicator for success. 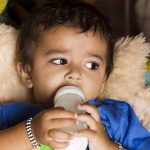 Subsequently, these individuals are encouraged to educate the other 80 percent to effect significant change in the group’s behaviour. Such an approach is affordable, sustainable and acceptable. The success of this approach rests on its ability to mobilise and engage the community to identify role models within its midst.

A recent study conducted by an NGO tested the efficacy of community-based evidence approaches in local contexts. A detailed inquiry was undertaken to identify current breastfeeding, age-appropriate feeding practices, sanitation, hand washing practices, seasonal availability of types of local food and the weight of children below five years. Day-wise sessions were developed based and grassroots level health service providers like the ASHAs/Anganwadi Workers. Mothers with positive behaviours were the key facilitators of the sessions. Findings from the study were encouraging, indicating that 70 percent of the total 280 children showed improvements in weight.

These sessions should not be considered as a mere rehabilitation practice for reducing malnourishment. Instead, they should be a regular practice that improves the community’s contribution and awareness for improving their health status. 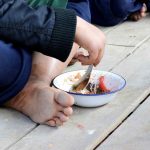 Such an approach to community engagement can be utilised as an important community-based tools for achieving the objectives of the POSHAN Abhiyan—to combat undernutrition among children. This approach can be implemented by Anganwadi centres and ASHAs, with the support of community members. It will serve as an important tool not to only reduce malnutrition, but also implant sustainable and positive behaviour in the community.