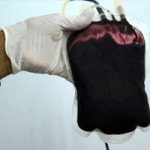 The Bihar State Aids Control Society (BSACS) plans to launch a mobile app for people to check the availability of blood at blood banks. The app is being developed with the technical support from CARE India. It would be launched at Patna Medical College and Hospital (PMCH).

BSACS project director Karuna Kumari said the app would make it easier for patients to determine which blood bank has how much blood of a particular group. “PMCH has been chosen for the pilot phase because the consumption of blood is highest here with a number of people visiting the hospital even from outside the state,” Kumari said.

CARE India health expert Dr Pramod Shah, who is heading a three-member IT team to develop the app, said, “Blood is a sensitive and risky thing. The app thus needs to be carefully designed. We would provide technical support to the government in order to strengthen the blood banks functioning all over the state,” Dr Shah said. He added that the app may be released by March next year and would be downloaded by Android platform-based phone users.

“The app is meant for digitization of records for ease of documentation and real time reporting of availability of blood types. With the app, the state government plans to integrate all blood banks under one platform,” Shah said.

Under public domain, the app would present a dashboard that would have the amount and type of blood against the name of the blood bank. “All informations regarding the point of collection and the point of consumption would be made available under the administrative domain. This would help officials monitor the movement of the blood and stop the misuse of blood,” Dr Shah said.

Once the pilot case is a success, the app would integrate all the blood banks in the state. “Before the app is released all over the state, we need to ensure that all blood banks have data entry operators and computers with proper internet connection. Training will be conducted for such operators,” a BSACS official said.