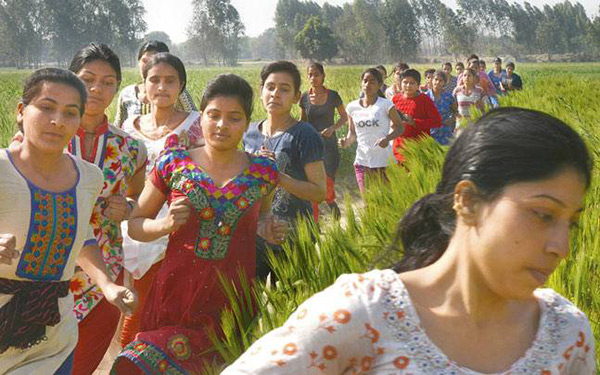 Calling them ‘unsung sheroes’, the Union women and child development (WCD) ministry has shortlisted 33 women, who will be awarded Nari Shakti Puraskaar on the occasion of International Women’s day by President Pranab Mukherjee.

Among the awardees is the state of Rajasthan for its ‘Beti Bachao Beti Padhao’ campaign that took its sex ratio from 929 in December 2016 to 942 through a statewide awareness campaign. The ‘Annaprashan’ and ‘Goad Bharai’ programmes organised regularly for pregnant women at anganwadi centres in all districts of Rajasthan also helped it make the cut.

The ministry will also award three women scientists – Subha Varier, B Codanayaguy and Anatta Sonney – who have contributed to the launch of 104 satellites by ISRO on February 15.

Varier contributed in finalising the configuration of Satish Dhawan Space Centre and SHAR, Shriharikota range, for real time display. Codanayaguy from Puducherry has been with ISRO for over 30 years now and was responsible for the control system of all the solid motors of the PSLV C37 launch vehicle. Annata has helped ISRO design and develop orbit determination systems.

Asia’s first woman to drive a diesel train at the age of 20 – Mumtaz Kazi – will also receive the award. “I draw my inspiration from my father and had an inclination to drive a train since I was young. I had applied for this job back in 1988 and joined Indian Railways in 1991,” 46-year-old Kazi told Mail Today.

Motorcyclist Pallavi Fauzdar, who has mobilised her passion to raise awareness about malnutrition in children and female foeticide, will also be honoured. Fauzdar has conquered eight mountain passes above 5,000 metres altitude in a single trip, covering 3,500 kms of rough terrain in Himachal, Leh, Ladakh and Kashmir.

Anoyara Khatun of West Bengal, who has saved 50 minors from child marriage and 85 girls from getting trafficked, also caught the eye of the WCD ministry. Khatun will also be awarded for helping 200 girls pursue education.

FOCUS ON WOMEN FROM MARGINALISED SECTIONS

Speaking to Mail Today, WCD minister Maneka Gandhi said, “We are always trying to highlight the work of women, who are relentlessly contributing to society in the most unusual ways and deserve to be highlighted.”‘

“This time, the ministry is giving these awards to women, mostly belonging to the marginalised and vulnerable sections, who are working for the society at many levels,” a senior WCD ministry official said.