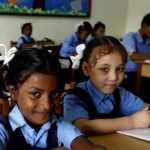 After the Lok Sabha has passed a bill to amend the Right to Education (RTE) Act, several civil society organisations, teacher unions, and academicians working in the education sector have made a collective appeal to the Rajya Sabha, to not allow the bill to be passed, and send it back to the Lok Sabha for an informed and detailed debate.

Many organisations including Right To Education Forum, Nirantar Trust, National Coalition for Education, All India Primary Teachers’ Federation, CARE India, Child Fund India, Oxfam India and World Vision India have slammed the government’s decision to pass the bill. In a joint statement the organisations asserted that “the government has not just systematically failed to implement the RTE Act but also conveniently decided to punish over 150 million children for its failures.”

Referring to the Annual Status of Education Report, according to which nearly 50% children in class V do not have basic reading and mathematics skills, it asserted that “the two months’ remedial package being proposed (in the bill) would be too little and too late to compensate for half a decade of educational neglect.”

Arguing that the proposed amendments in The Right of Children to Free and Compulsory Education (second amendment) Bill, 2017, will have a tremendous negative impact on children and their education, the statement said: “Do not fail Children, do not fail the RTE. Implement the RTE Act first in its entirety, and ensure a minimum level of quality education for all the children, before bringing the amendment to fail the children.”

The new provisions in the bill states that there should be regular examination in class five and class eight at the end of every academic year. Additionally, state governments have been given the power to allow schools to hold back a student in class five or class eight, if he fails in the re-examination.

The present amendment in Section 16 of the RTE Act is against the ruling delivered by the Hon’ble Supreme Court and must be taken back by the Ministry of Human Resource Development (MHRD), the statement demanded.

“Even after 8 years of the RTE Act implementation, almost 90% of schools in India are not fully RTE compliant. Instead of effectively working to ensure the provisions of the RTE Act are followed, the government has taken an easy route and put the burden of the poor quality of education on the children,” the statement read, adding that “ there is no established cause-effect link between ‘learning levels’ and ‘no detention policy’; research highlights how it is the poor quality of education, lack of infrastructure, teacher vacancies and the presence of untrained teachers that have had an effect on learning outcomes and not just the lack of examinations as argued by the ministry.”

Maintaining that the no detention policy along with other RTE provisions, has had no negative impact on academic performances, the statement claimed that, on the contrary, the policy helped to retain children in schools and has improved their learning by enabling them to complete their elementary education.

It added: “While the policy has been held responsible for the decline of learning outcomes, ASER data shows a consistent decline, not just from 2010, but from 2005 when both board exams and detention existed. One may infer that the current low performance is not caused by no-detention, but is part of a long-term trend that predates its introduction.”

“Instead of making the system accountable, the government has abdicated its responsibility and put the onus of learning on the children,” it lamented and argued that “evidence worldwide shows that detaining children in the same class does not automatically improve learning, but negatively impacts their self-esteem and motivation to continue in school, effectively pushing them out of school”.

Referring to the Annual Status of Education Report, according to which nearly 50% children in class V do not have basic reading and mathematics skills, it asserted that “the two months’ remedial package being proposed (in the bill) would be too little and too late to compensate for half a decade of educational neglect.”