Cashing in on Cashew 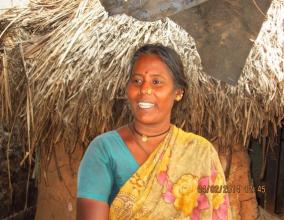 Unlocking Leadership in Women Recently I was in Panrutti, the seat of cashew cluster and the hot bed of jack fruit, a buzzing small town in Cuddalore district not quite far away (just 50 Kms away) from Pondicherry. Panrutti came into limelight not long ago (January’10) for bearing the brunt of Thane cyclone, caused by unprecedented cyclonic storm unable to bear the effects of very high wind speed. It took a heavy toll throwing the local economy to shambles causing an estimated economic loss of Rs. 4000 crores. The vibrant cashew industry bounced back quickly to normalcy not only due to massive Governmental efforts supported by civil society organizations, to replant cashew bushes but also due to cashew prices being determined at global level with less influence of local factors. Panrutti cashew enjoys global reputation for its color, sheen and taste. It is said that cashew is grown by the poor but eaten by the rich. The industry here in Panrutti, saddles with challenges of being less sensitive to hygiene and quality, the twin reasons for pushing India down the rank in international competition. Cashew processing is an interesting industry to study women’s position across the value chain where it is still men’s world outside cashew processing units which are mostly home based and is backyard economic activity. Pachiammal, a school dropout has been in the cashew processing industry for over 20 years now. She is managing profitably the processing unit in Periyapurangani village in Panrutti block, with full time employment including offer of lunch and snacks to over 20 women. She is not threatened by NREGS as cashew processing has potential to pay as high as Rs. 350 a day. Pachiammal has four daughters, one of whom is married, another is in a hostel for college education and she is supported by one daughter in her routine day today management of the processing unit. While Pachiammal manages all by herself within the processing unit; she doesn’t go out to procure raw cashew nuts and sell processed cashew, a domain left to her husband. She is the local government’s Vice President in the village, though represented by her husband in key decisions. Her husband, who happens to be her maternal uncle, buys clothes and other requirements by himself without allowing her to go out to market. She is not quite aware of the market information on cashew and external relation is something her husband manages by himself. A powerful women managing a 75 lakh enterprise does not enjoy ‘the social power’ to move out of home and negotiate with various actors in value chain. When asked about whether she has insured all machineries and assets, she was not sure, though her risk appetite was revealing in the way she manages diversifying the risk of buying from the same source with at least three different sources. Unaware of registration formalities and value of license, she could not get the relief from Govt when the Thane cyclone caused extensive damage to the cashew factory causing a monetary loss of Rs 5 lakhs. Out of sheer hard work she renovated the unit in no time and made it operational. ‘I may not know how to operate generator at times of power break out and will not go to banks to transact business’, but Pachiammal says, ‘I have intentions to graduate the cashew unit to next level by overcoming challenges around and take it on par with any commercial private enterprise’. 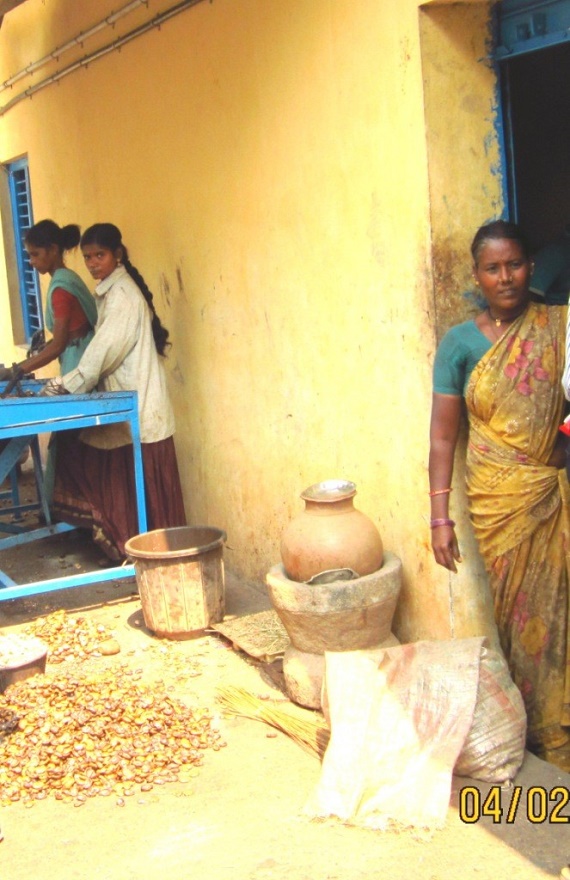 Figure 2 Pachiammal supporting her co-workers in the cashew processing unit, in the boiling unit Women’s Empowerment Framework developed by CARE suggests that women’s empowerment is a sum total of changes within herself in her skills and capacities (human capital), in the way she negotiates with other actors and structures outside home (external relations) and most importantly in the relationship between her and men both within and outside home (the social capital), all of which are necessary and sufficient conditions for women empowerment and take leadership to influence social change process. While Pachiammal is very comfortable in her skills and capacities, I realized that we have to move her to the domains of structure by creating skills in her of dealing with various actors in value chain and men folks around, by working with such actors for more facilitating enabling environment. Pachiammal is bold for outsiders; but due to external constraints her potential is hidden mainly due to social norms of ‘her being seen as an insider and not outsider’, due to restricted mobility outside home. There are many such Pachiammals within the cashew cluster in Panrutti holding immense leadership qualities which can be unlocked by sensitizing men and institutions around them. CARE India in partnership with USAID is implementing an action research project to understand how to advance women leadership in SMEs by bringing changes in domains of her skills and capacities, relationship with men, external actors and networks. – R.Devaprakash Regional Program Director Chennai