Who Failed: System or Children? 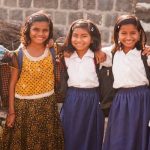 The Union Cabinet has approved an Amendment to the Right to Education (RTE) Act to leave the choice to the states whether to practice No Detention Policy (NDP) in schools up to Class VIII in their jurisdiction. Uttar Pradesh (UP) is one of the 23 states that had informed the Central government that it was in favour of its abolition. A set of central guidelines for NDP are anticipated to support their implementation. Simultaneously, the guidelines for Continuous and Comprehensive Evaluation (CCE) are being revised by NCERT. These hold the potential of changing how a student’s learning is assessed and supported. It makes it timely to revisit how the last such big policy shift was implemented in UP.

The RTE Act was a historic milestone for education in India. The notification of the RTE Act brought hope that all children will receive free quality elementary education. Continuous and comprehensive evaluation (CCE) was also introduced through the RTE Act and was a critical step in the move from a rote memorisation-based examination system to construction of knowledge-based learning assessments undertaken within classrooms. Teachers themselves need to understand what their students are learning and identify trouble spots that could modify teaching. This was based on the belief that examinations and a pass-fail based system promotes only the quest amongst children for attainment of marks even though that doesn’t truly reflect a child’s innate abilities. This examination reform was accompanied by the introduction of no detention. Children’s learning was to be evaluated and supported across the year, making detention or promotion redundant.

Thus, UP adapted the NCERT pattern and presented a model where no marks and no grades were to be given to children. This was a welcome move as the focus was now on “How learning takes place in the classroom” process. The qualitative, formative and quantitative summative assessment were, however, to be conducted at certain time intervals which effectively became exams. The system failed to move away from the exam-oriented assessment system.

There was no doubt about the intention of UP government on implementing CCE in government run elementary schools. Theoretical aspects of CCE were comprehensively deliberated during the design phase of the programme and it was piloted in five districts. However, implementation fell short of expectations. Those supposed to implement the programme on the ground did not have a clear understanding of CCE and there was no system preparedness to roll out a policy shift of this magnitude. System stakeholders at the subdistrict level were not aware of the theoretical and practical aspects of CCE.

Unsurprisingly, teachers could not implement this programme as envisaged because they did not have capability and skills necessary. The training sessions organised for teachers were not effective and the number of training days were insufficient to bring about an overall change in thinking.

The result was confusion and chaos. The message went out that as per the RTE Act, no exams will be conducted. However, teachers were not capable of adopting CCE based teaching processes. They simply stopped assessing the learning outcomes of children, although they were supposed to adopt CCE as an alternative strategy. Thus, even though the examination-based system collapsed, CCE failed to take off. Another challenge was that it was introduced without mapping the available resources, skill set of teachers and planning for the best way to address the operational challenges of rolling out the policy on such scale.

To be fair, poor infrastructural facilities also contributed to the failure of CCE since the state did not receive the financial support required from the Central government. The meagre budget allocated for this purpose was not enough to overhaul the district education system.   Most schools had a single assistant teacher and one para teacher. The overall shortage of teachers meant a high workload on teachers which wasn’t conducive to quality teaching. The poor skills of underqualified teachers made the implementation of the progressive vision of CCE more difficult.

The latter is particularly critical since there were huge transmission losses during the cascade mode of training. Almost half of the master trainers selected for training on CCE at the district and block levels did not have a good understanding of the concept and strategy.

The schooling system itself was inherently resistant to accept new way of working. Teachers and other stakeholders could not mentally separate themselves from the marks based/division-based exam system that they experienced growing up. The teacher training system through the DIETs (District Institutes of Education and Training) in UP have largely been defunct for several years. They did not come forward to own this. The system was also ill prepared to provide the required onsite support at the block and cluster levels. Every year the State Council of Educational Research and Training (SCERT) introduces something new for training and the general perception was that CCE was just another fad.

When schools attempted to implement it, teachers did not receive support for the difficulties they experienced. There were shortages in academic positions and many of those in place lacked the capacity to provide onsite support to teachers.

CCE was not a new concept, but because of the RTE Act, expectations were high, and implementation required a rigour and zeal which was somehow missing in the system at the subdistrict level. The motivation and determination of concerned bodies at the implementation stage was not as high as it was during the design and launch stages.  Pre-occupation with other priorities and various managerial tasks might have played a role in this. As such, CCE implementation failed to sustain the desired momentum.

As a result, students’ learning was neither assessed, nor supported. NDP is now being blamed for this failure and the government is considering reintroducing examinations in standard five and eight. However, it feels unfair to penalise children by trapping them again in the exam-based system for the fault of our entire education system.

The state government should not abolish NDP in UP. Children should be allowed to remain in school and effective steps be taken to improve classroom processes. Teachers should be enabled to understand children’s learning needs and provide immediate solutions to those who are lagging. Classroom teaching must be directed to the needs of individual children across the year and not await the end of the year. This can only be possible when a revised CCE is in place that addresses previous challenges and all teachers are equipped to deliver it. Failing children doesn’t address the underlying reasons for failure which the government needs to address. UP’s children deserve it.