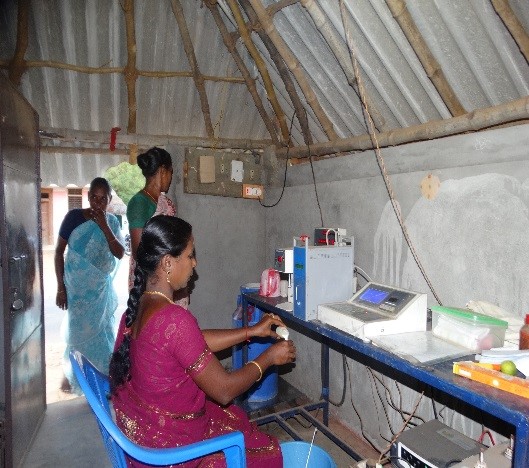 India, with a population of 1.25 billion, have around 120 million cows and buffalos, and over 70 million small and large scale dairy farms. At present, the livestock sector contributes nearly 4 per cent of India’s GDP, and the dairy industry comprises of a lion’s share of the total livestock sector.

India has been the world’s top milk-producing country since 1997, but in 2015, total production in India surpassed that of entire EU with 146 million tons of milk, which is almost 18% of the global milk output. The milk production in India has drastically increased from a meager 20 million tons in 1970 to 146 million tons in 2015. The dairy farming industry in India is driven by small scale family dairy business, rather than mega dairy farms with thousands of herds with control on good feeding and fertility practices along with consumer sustainability standards. Yet, according to Global Dairy Agenda for Action (GDAA), large scale dairy farms potentially contributed to 18% of global green gas emission- worse than cars and trucks of the world put together.

After successfully steering white revolution, it is time for India to turn the knob on the quality dimensions. In small scale dairy sector, increased production of milk used to be a yardstick for augmenting income of dairy producers. But the focus has now shifted to quality of production.

Over the years’ small time dairy farmers have been subjected to a lot of exploitation when it comes to the question of pricing for their produce. Gone are the days when dairy producers used to sell milk to milk poolers based on reading in lactometer, without knowing the price fixed. Now an opportunity has come where the price of milk and the quantity sold is measured in their presence through an automatic milk analyzer. The three indicators through which milk price is determined are fat, Solids Non-Fat (SNF) and water. Added to this is a zero calibrated weighing machine which gives the milk price based on the sum total of the aggregate of quality and quantity.

CARE’s intervention through a value chain approach has brought about a marked change in the price of milk for small scale dairy farmers. Price realized by them have increased from Rs 28 per liter to Rs 34 per liter, an increase of Rs 6 per liter of milk sold, it is a boom for small scale milk producers increasing their household income manifold. And, introduction of automatic milk analyzer has also brought more transparency in milk procurement process.

Additionally, awareness on correct modern practices of animal selection, animal management, importance of feed schedule, fodder cultivation, and protein supplement like Azola has brought in a sea change in the animal rearing behavior amongst dairy producers, translating into better quality of the produce.

Also, women occupying center stage of household dairy activity has translated into a big time economic opportunity, bringing smiles in the lives of over 2,000 women supported through the dairy value chain initiative in Kattumannarkoil block in Cuddalore district of Tamil Nadu.