World Humanitarian Summit: Indecision is not an option 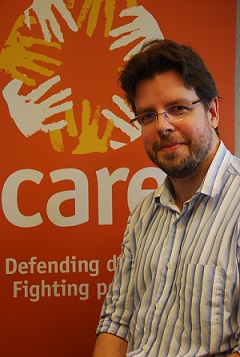 With humanitarian crises in the Middle East, Africa and Asia having reached the shores of Europe, political attention is finally fixed at what is perhaps the greatest challenge of our time: Reversing the trend of ever greater numbers of people deprived and displaced by war or natural disasters, and the failure to provide them with the dignified assistance they need. The World Humanitarian Summit in Istanbul on May 23rd and 24th is an historic opportunity to kick-start that effort.

Unfortunately, despite years of preparation and a very thorough process of consultation by the UN, I fear this opportunity is going to be missed. So far, we have seen only tweaks proposed to the system of how we respond to crises. However, what we really need is a fundamental change in how we prepare for them and, ideally, prevent them from happening. We don’t just need a new icing on the cake, we need a whole new recipe how to bake it.

Right now, more than 125 million women, men, boys and girls depend on emergency assistance. At least USD 20 billion is needed to provide it this year alone. Only half of the money was funded last year. This funding gap is set to keep growing exponentially, with genuinely real impact on our fellow humans. It is hard to measure something that doesn’t happen, but we know it translates directly into more people without enough food, clean water, safe shelter or essential services. It means lives lost. It means lives ‘parked’ in refugee camps, where families have nothing to do but wait for a better future. And current trends suggest its set to get much worse. If you look at the impact of natural disasters like El Niño, the crises in Syria and Yemen, and all the conflicts and wars that happen far away from any media headlines, you don’t need to be a humanitarian expert to draw a rather grim picture.

Furthermore, providing life-saving assistance is increasingly costing humanitarians their lives. 125 aid workers were killed, injured or kidnapped in 2004. Ten years later this number has increased to a shocking 329. Over the last few months, we’ve seen repeated attacks on hospitals in Afghanistan, Syria and Yemen. This must not be allowed to continue.

We need to recognize an indisputable fact: Improving the humanitarian system is not enough. No degree of effectiveness or realistic amount of funding will be enough to meet even the most basic humanitarian needs if the decisions made by world leaders continue to be within the same parameters as before. The World Humanitarian Summit needs to be nothing less but the beginning of a new era where new government departments agree on new ways of working collaboratively, where leaders have committed to fund new capacities locally and internationally, where we have established inter-governmental initiatives on global topics such as International Humanitarian Law, protection compliance, resilience, climate change.

So far, not enough heads of state or government have confirmed their attendance. Without the highest politicians at the table in Istanbul, decisions will not be made and statements have less power to drive change. They will remain finely drafted words on paper.

We as CARE urge world leaders to come to Istanbul and agree on some key actions in order to avoid a global humanitarian crisis spiraling out of control. The UN Secretary General’s report sets out the five key responsibilities. What we need to see are concrete initiatives by UN member states – both G7 and G77 –that lay out how individual countries will contribute to a world where those responsibilities are met.

At the same time, NGOs such as CARE have a responsibility not just to advocate for change but to look into their own systems. We have therefore developed four commitments to change the quality and quantity of our very own humanitarian response. These include strengthening our work in conflicts, empowering women and girls as first responders in humanitarian crises, scaling up financial resources for humanitarian action, climate change and disaster risk reduction, and supporting and building the capacity of local partners, including direct and predictable financing.

On May 11, 1946, the first CARE Packages were distributed in France. Now, exactly 70 years later, we have the chance to shape and change the way we work in humanitarian contexts. In a world, where we witness the highest number of refugees since World War II, where climate change is threatening the lives of millions of poor people, and where children know no other reality than conflict and war, indecision in Istanbul is not an option.