No problem is stronger than collective effort 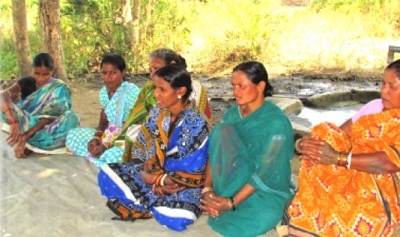 “No issue can stand in front of collective effort. Together we can bring change. That’s what we have learned from our association through Reflect Circle,” says Kasturi Majhi, Reflect Circle facilitator for Majhipada in Dedara Gram Panchayat in Kalahandi district.

Majhipada and other villages nearby were just like any other village in Dedara Panchayat, struggling with issues of illiteracy, alcohol addiction, domestic violence, and water woes. Due to a lack of awareness, the villagers were unable to access the facilities provided by the government under various schemes including proper health services at the nearby Public Health Centre, an irrigation facility for agriculture, and Mid-Day-Meals provided at school. The gap between the community and health service providers was one of the main issues. There was no collective forum to establish proper linkage to address all these issues encountered by the community in their day-to-day life. There was also no organized forum to address issues of violence against women collectively at the Panchayat (village government) or Block level. People think domestic violence is a matter of particular households and should not be discussed in public.

“We did not have direct access the service providers. We did not know how to get information about the government schemes on health, ICDS, horticulture, or agriculture. Actually we never gave it a serious thought. That ignorance affected our financial condition and the way we lived,” narrates Lakhidhar Jani.

The neglected lifestyle of Majhipada villagers took a turn with establishment of Reflect Circle with support and facilitation by CARE India and its partner NGOs. As a collective forum Reflect Circle encourages active participation from everyone in the community to share problems, discuss solutions, and implement the change. 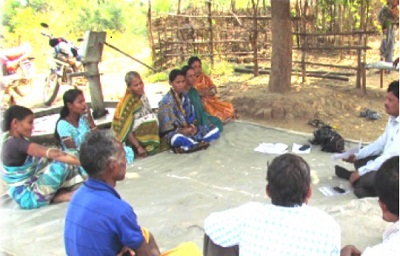 After the formation of the Reflect Circle in Dedara, efforts were made to ensure active representation from both the genders at village level meetings on social mapping and community resource mapping. These meetings were organized to learn more about major issues affecting the community that needed to be addressed on a priority basis. The roles and responsibilities of members– including the timing of meetings, the process of discussion, and regular attendance at meetings– was finalized at the first Reflect Circle meeting.

Facilitated by the Reflect Circle members and community mobilizers, the community has completed the social mapping of Dedara at the second community-level meeting. Issues affecting the community were first traced out and then listed in order of the community’s prioritization. The major issues identified by the community were health issues, particularly negligence and poor health services provided at the Dedara Public Health Centre due to shortage of resources such as a lack of health service providers and the shortage of medicines. The community plans to address these issues in the first phase, followed by addressing road connectivity, water facilities, and access to education.

After listing these issues, the Reflect Circle initiated the process of address the issue. They recognized a need to raise and address these issues at a structural level and to establish a direct linkage with concerned service providers. A request letter to the Sarpanch (elected head of a village institution) was written at the Palli Sabha (village meeting).

The effort of community involvement and regular follow up of the Reflect Circle members on the issue finally paid off and a doctor was appointed in Dedara Hospital.