ICS – A helping hand for a woman in her old age 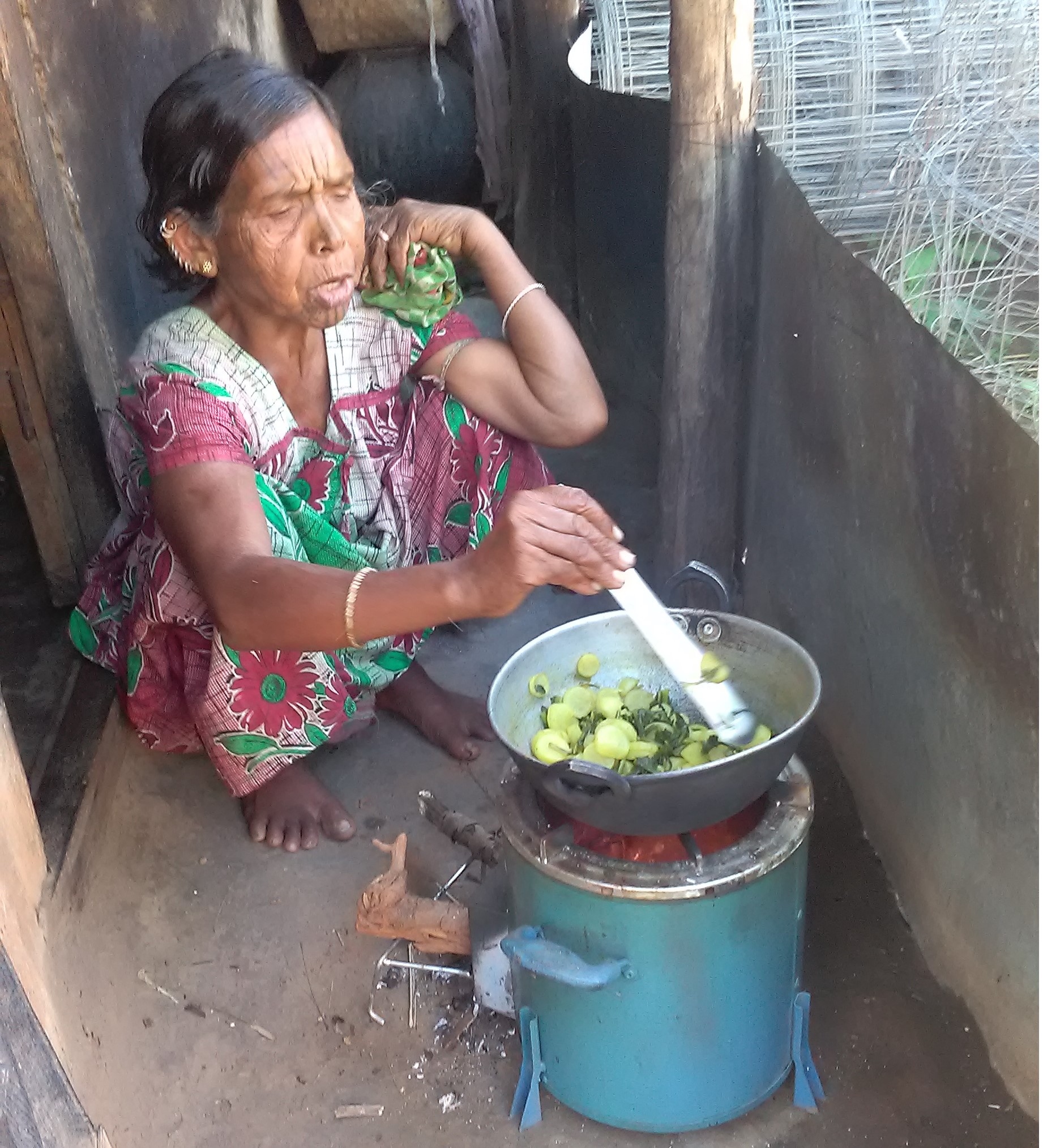 70 years old Natu Pradhan, belongs to Paburia Gram Panchayat, Kandhamal district. She was married at a very young age to a man whose first wife had passed away leaving two small children. After getting married, Natu got so busy raising her step children that she never thought of having her own child. But, as the children grew up they failed to accept Natu as their mother. This led to regular fights in the family. In addition to this the economic condition of the family was also very bad. Due to bad family situations, one-day Natu’s husband committed suicide.

Natu said, that things changed for worse after her husband’s death. Her step son and daughter in law started torturing her that she decided to leave their home. Finding no way out, she asked for help from her maternal uncle in Bariguda, who gave her a small piece of land to construct a house and stay. To make a living she started working as a daily wage laborer. But, recently her old age is giving her health issues which are making it difficult for her to continue her job. She gets a widow pension of INR 300 and 5 kg rice per month under the food security scheme. She saves some money from the pension and little bit of labour work that she somehow manages to do.

Being lonely, she sometimes visits Bastipada in Bariguda village to spend time with other women. Once she visited the area where ‘SHE School’ was functioning. She attended 3-4 meetings of ‘SHE School’ and also observed cooking in her daughter-in-law’s house where Improved Cooking Stove (ICS) testing was going on. She saw ICS for the first time and observed the process of cooking in ICS. She was surprised to see how efficient and easy was this stove in comparison to her traditional cook stove. She felt that ICS will be more useful for her as it consumes less fuel, less time, emits less smoke and is portable.
She could immediately distinguish the fact that traditional cookstoves require more firewood and collecting a huge amount of firewood was not at all an easy task, for a single woman approaching old age. Realising her situation and how the use of an ICS could help her immensely, she decided to purchase an ICS model- Vikram as this was the most affordable of all stoves.

She expressed her willingness to buy the stove in front of the SHE Champion-Cum-Animator Mrs. Geetanjali Pradhan. On 23rd November 2017, she came to the Buyer-Seller meet organised by CARE (India) at Udaygiri and purchased an ICS which costs INR 1400. Since then Natu cooks only on ICS. She stated that it used to be extremely difficult for her to collect a big piece of firewood from the forest and health was deteriorating very fast as it was a very labour intensive process to bring firewood and cook every day. She is very happy that this cooking stove is portable and now she cooks both inside and outside her home as per her convenience. She also shared that, when most things were going against her as she was getting older ICS came as a boon which made a big contribution in making life better for her.