Things every child should be taught about gender, for an equitable society 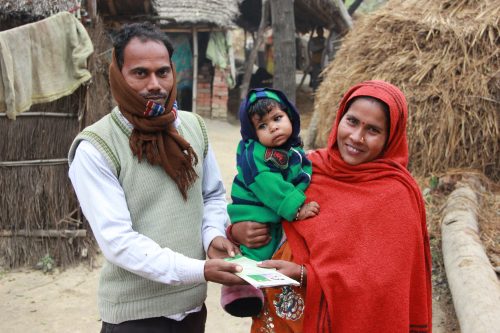 CARE India has been, for the last several decades, working to empower women and girls from the most marginalized communities across India, enabling them to live secure and resilient lives in dignity. The organisation aims to work with 50 million women and girls as part of its primary goal, to help them meet their health, education, and livelihood entitlements.

Over 60 % of women, between the ages of 20-24, with no education, were married before 18. Regarding domestic violence, there are several gaps in the implementation of laws at the state level, as 82 % respondents are dissatisfied with complaint redressal by government institutions such as helplines and police stations. Only 72 % of the stakeholders involved in addressing domestic violence issues were aware of all the various provisions under the PWDV Act. As per other statistics, as of 2012, 40 % of all government schools lacked a functioning common toilet, and another 40 % lacked a separate toilet for girls.

This National Girl Child Day, there is a need to be more aware of the challenges girls in our country still face, and what we—as a society—can do to make a more gender-sensitive environment, bust stereotypes, and make our children, whether boys or girls, more gender-friendly. Some insightful tips on how to gender-sensitize children:

It is important for parents to treat girls and boys equally (food, sports, education, equal celebration at birth, etc.). Parents are the first role-models children have, so if they grow up seeing gender inequality being exercised or tolerated in this relationship, they are more likely to be exposed to negative gender role stereotyping. It is important for parents to share household chores as well as outside chores, participate equally in financial matters, exhibit joint decision making, and treat each other with respect.

Often, parents try to shield children from incidents related to gender-based violence, but children still get to know of these issues through friends or media exposure. It is important for parents to talk to children about gender-related issues in an age-appropriate manner so that they grow up to be more gender-aware, gender-responsive, and respectful.

Imbibe gender equality and respect as a core value

Mutual respect for all—irrespective of their sex, caste, socio-economic status, religion, region, and educational status—is a core value which starts getting ingrained in young minds from an early age. Hence, it is important to imbibe mutual unconditional respect, equality, and opportunity among all to lay a strong foundation for a gender-equal society.

Gender is often misrepresented as pertaining only to women and girls. It is important to create awareness that society creates gender norms and stereotypes, including women, men, and third gender. Gender stereotypes impact all of us, yet affect women and girls and the third gender more disproportionately.

Tap into the girl and woman power

Through knowledge, skills, and leadership development of girls and women, we can build a resilient, empowered, and motivated generation. Such a generation will have high aspirations for self and a commitment to gender equality and equity.

Engage with men and boys

All must share responsibility and commitment for gender equality, not only women and girls. It also should not focus only on women and girls. Engaging with men and boys is equally important and helps in creating an enabling environment for an equitable society.

Service providers – whether education, health, financial, or legal – play a significant role in reinforcing gender stereotypes. If we sensitize this group on gender, they can promote positive gender roles and norms, leading to wider impact. They can also provider gender-sensitive services such as separate toilets in schools for girls. Further, specified areas in public places for young mothers to feed their infants would help a lot. Also, there should be discussions about crèche facilities at workplaces for young mothers who lack support systems.

Celebrate and promote “positive deviants in the society”

Breaking barriers requires bold steps by both women and men, paving way for an enabling environment. Recognizing the “positive deviants” in our society (for example, Mary Kom, the Phogat Sisters and their father, etc.) is important. We must promote their change stories to motivate others and adjust attitudes for progressive change.

Media as a game changer

All forms of media must promote positive gender role models and equitable gender norms through movies, shows, documentaries, and articles. They can communicate to masses, and have an impact due to the depth of messaging and the reach.