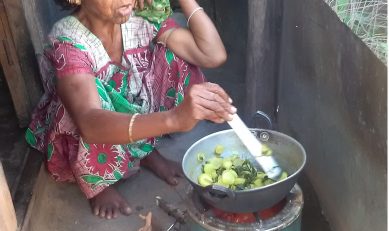 70 years old Natu Pradhan, belongs to Paburia Gram Panchayat, Kandhamal district. She was married at a very young age to a man whose first wife had passed away leaving two small children. After getting married, Natu got so busy raising her step children that she never thought of having her own child. But, as the children grew up they failed to accept Natu as their mot... Read More